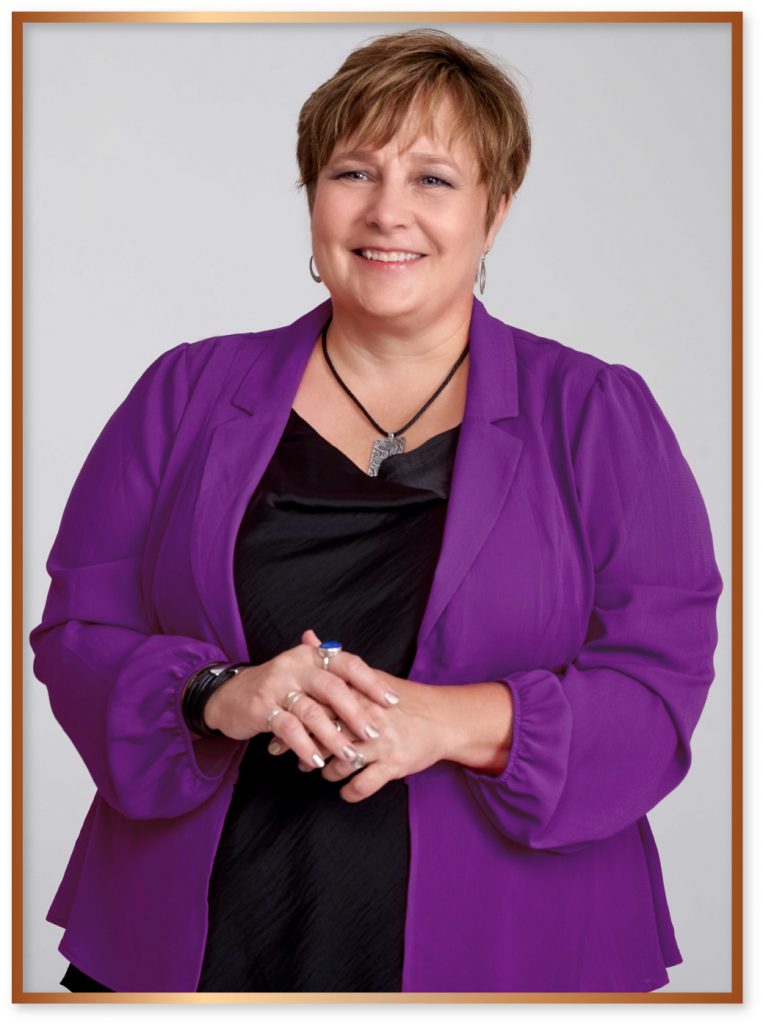 As the author of The Art of Holding Space: A Practice of Love, Liberation, and Leadership, and the co-founder of the Centre for Holding Space, it’s pretty obvious that I spend a lot of my time thinking, teaching, and writing about what it means to hold space.

In 2015, my blog post on the topic of holding space went so viral that it crashed my website, and suddenly I found myself grappling with what it means to suddenly be considered an international expert on the topic. Since then, I’ve taught many workshops all over the world on the topic, I’ve created a certified practitioner program rooted in the practice, and I’ve filled my blog (and a whole book) with reflections on what it means to hold space. I wouldn’t say that I’ve attained mastery (perhaps that’s an impossible feat), but I’ve certainly put in the ten thousand hours that Malcolm Gladwell says is required to become an expert in a field.

What path leads you to become an expert in the art of holding space? Well, in my case, it took a lot of grief and trauma and many years of fumbling. It started out with many mistakes, and lots of what I now call “hijacking space” (the opposite of holding space).

I think it’s true that many of us end up teaching what we most need to learn.
Before I learned to hold space, in my late-twenties, I became convinced that it was MY JOB to keep my loved ones alive and happy and emotionally healthy. Forget holding space – I needed to try to CONTROL what was going on so that everyone was safe and well cared for. That message had already been shaped by watching my mother sacrifice nearly everything for her children and husband, and then it was further imprinted on me during my first pregnancy.

Three months into that pregnancy, just as I was ending the first trimester, I was suddenly bleeding, profusely. My husband rushed me to the hospital and I was fairly certain I was having a miscarriage. I wasn’t, but I had to stay in the hospital for a few days of monitoring and then was told to be cautious about how much I exerted myself. I went home anxiously aware that my choices in the next six months could mean the life or death of my child. (She lived and is now a university graduate.)

Then, only a month and a half later, my husband’s emotional health spiralled, and suddenly I found myself scrambling to figure out how to support him, while learning everything I could about his mental health issues. Despite my efforts, though, he attempted suicide. After a week in the hospital, he was sent home with me – his primary support – and I was overwhelmed with the responsibility of keeping him alive so that our child would have a father.

Five years and two children later, I was part way through my third pregnancy when, once again, I found myself in a hospital bed trying to keep a baby alive. This time, despite my efforts and the doctors’ efforts, that pregnancy ended with the stillbirth of my son. Something changed in me during the three weeks in the hospital, though. That’s when the spark of what is now my understanding of holding space was ignited.

I had no control over the outcome of that pregnancy, and I couldn’t hold myself responsible for my son’s death. Somehow, despite the grief of that time, learning to release control started a healing process in me and I stepped onto the path that would eventually lead me to this work. On that path, I found labyrinths, I experimented with mandalas, and I dove wholeheartedly into The Circle Way. I wrote a lot, I deepened my creative and spiritual practices, and I immersed myself in a wide range of related teachings, always on a quest for the wisdom that would teach me how to live in a world that felt increasingly chaotic and outside of my control.

I discovered that to hold space is to release attachment to outcome
and to learn to sit with discomfort and ambiguity.
Ten years after our son died, while I was just about to start my own business, my husband’s mental health spiralled again. This time, I was a bit more equipped, but I wish I could tell you that my new understanding made me better able to hold space for him. No, what really happened is that his second suicide attempt triggered all of my old trauma and, once again, I found myself desperate to keep him alive and to fix the things that sent him spiralling. And this time, I had three daughters to protect. Many tears were shed in my vehicle as I drove between the psych ward, where I needed to advocate for my husband in a flawed mental health system, and the soccer field, where I needed to show up as the unflappable mom keeping her daughters’ lives relatively stable.

Once the intensity of the crisis subsided, though, I could see more clearly what changes needed to happen, and one of those changes resulted (a few years later) in the dismantling of my marriage. I recognized, during that time, that there was a trauma bond at the heart of our marriage which made it nearly impossible for me to hold space for him or for him to hold space for me.

At the same time, my mom was dying of cancer, and I was reminded once again about my inability to control the lives or health of the people I love. At my mother’s deathbed, watching her slip away, after a dozen years of learning about letting go and holding space, the spark in me grew bigger. Two years later, I wrote the blog post that has now been seen by approximately ten million people, about how witnessing a palliative care nurse at mom’s bedside helped me bring together the pieces and finally attach the words to this practice that had become so much a part of my life.

I didn’t coin the term “holding space” (I first learned about it through teachers in the Art of Hosting, influenced by Harrison Owen’s work), but it’s become the practice that defines my work and much of my life. 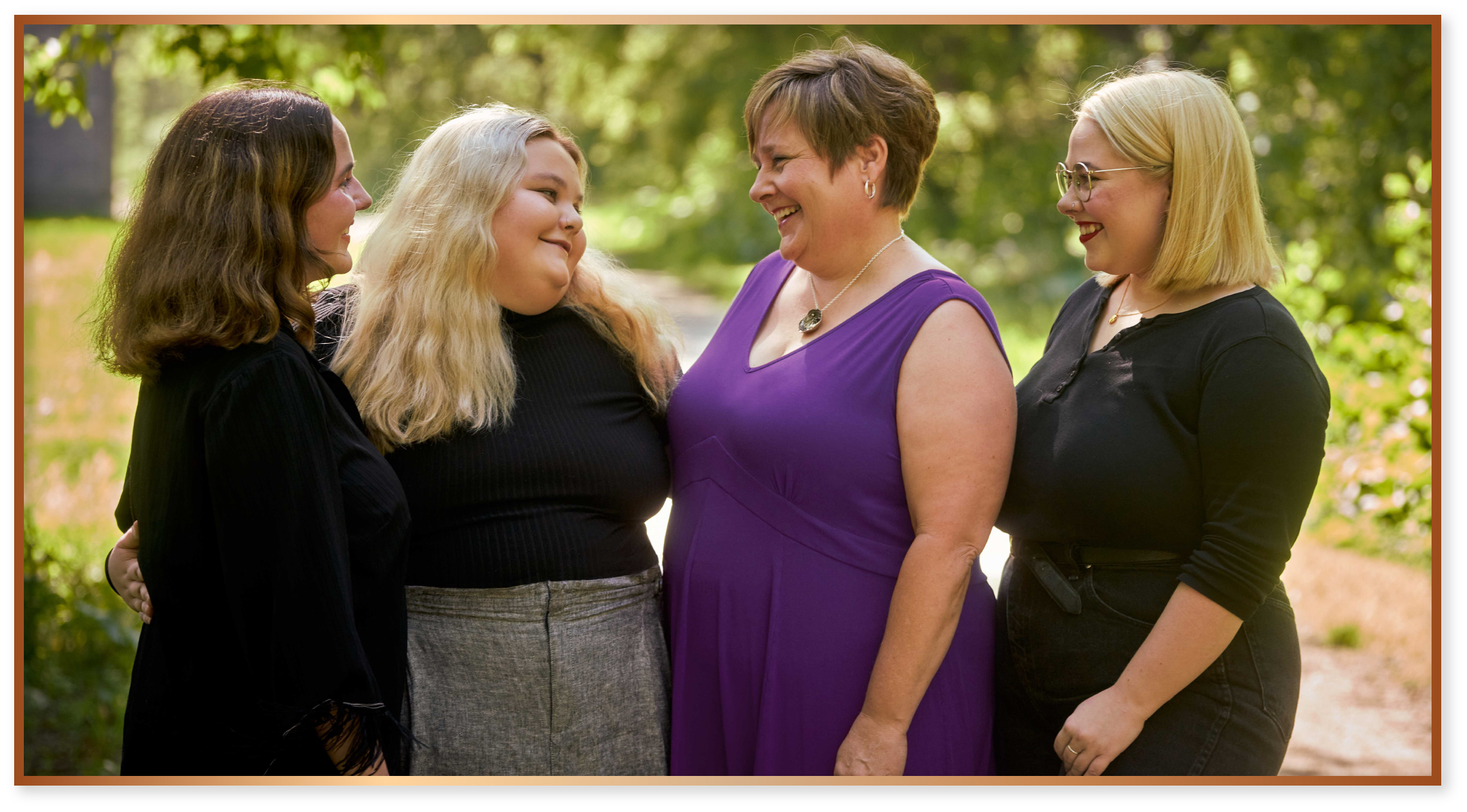 This work has changed me – in hard and oh-so-beautiful ways.
In learning to let go, I found freedom. In learning to hold space, I found connection.
I will spend the rest of my life in this practice. I will continue to grow and deepen my understanding, and I will continue to share that learning with those who gather in circles with me around the world. That spark that was ignited in the hospital, before my son died, continues to grow and now it lights the path not only for me but for the many people who read my words and show up in my workshops.

Thank you for coming to join me. I hope I can help the spark in you grow too.

I am committed to diversity and inclusion, and I work to

online and offline,
where people of all races, religions, gender identities, abilities and disabilities, sexuality, etc. can engage in meaningful conversation and growth. I commit to continuing to stretch myself and learn to do better in this regard.
I am committed to diversity and inclusion, and I work to

online and offline,
where people of all races, religions, gender identities, abilities and disabilities, sexuality, etc. can engage in meaningful conversation and growth. I commit to continuing to stretch myself and learn to do better in this regard.

Join my mailing list and receive a free ebook, plus news about my programs, and a new article every few weeks.

How do I hold space for others?

What's the opposite of holding space?

What is liminal space?

How do I hold space for myself?