I have decided that I’m returning to love

I have decided that I am returning to love.

No, it’s not that I ever abandoned love entirely. I didn’t become an angry ogre living in a cabin in the woods and scaring away small children. But… after a period of burnout, overwhelm, conflict, relationship challenges. and endless pandemic disruption last Spring, I was having trouble finding love.

By the end of June, I had lost some love for my work and for the people who come to this work. I tried to dig deep to find the source of the love that had sustained me over the years it’s taken to build this work, but when I tossed my bucket into the well, it kept coming back empty. Instead, the bucket held resentment, irritability, exhaustion, and disdain.

With an empty bucket, I knew that it was time to retreat to try to refill it. I pulled away from social media and narrowed my focus so that I could at least muster enough love for the people who matter most – my family and close friends. I gathered my daughters around me for our last month together (before helping two of them move across the country) and I spent time with only those people who I knew would nourish me.

I protected my heart for awhile so that the tiny seed of battered love that I knew was still there would be able to grow roots and start to flourish again.

In my book and in my workshops, I teach a concept that I call the Spiral of Authenticity, where something happens (an “inciting incident”) which wakes us up and invites us onto a journey. If we choose to step onto that journey, we spiral inward (like a labyrinth journey) until we reach the centre of our own open hearts. From that place of open-heartedness, we return to the world with whatever gift we received at the centre (somewhat like the “heroic journey”). (You can find an explanation of it in this new video.)

I’ve been thinking, though, that maybe I need to create another version of that spiral – perhaps a mirror version – that reflects the way that sometimes, when we’re exhausted, overwhelmed and/or in pain, the spiral actually takes us inward to a protected heart. And that’s not the opposite of the Spiral of Authenticity – in fact, sometimes it might be the pre-requisite.

Because sometimes a protected heart is exactly what we need, at least for a period of time. Sometimes we need to retreat from the world so that we can nurture the tiny bit of love we can still muster. Sometimes we need to put up more firm boundaries and hide from anyone who can’t be tender with our wounded hearts.

It’s happened a few times in my life – most notably after my divorce and after each of my parents died. Each time, I had to retreat, become more selfish about my time and energy, erect boundaries, and protect my tender heart. It probably shouldn’t come as a surprise that it happened again now, especially during this time of liminal space while I get used to my future as an empty-nester (so soon after being a pandemic-enforced “full-nester”), but I was still caught a little off-guard by it.

The danger, though, is that if you stay at the centre of the spiral of the protected heart for too long, your heart moves from “protected” to “closed” and then you have a hard time re-opening it. A person with a closed heart is someone who’s become convinced of their own victimhood and need to guard themselves against all of those people intent on doing them harm. They become increasingly angry, afraid, resentful, blaming, guarded and isolated. They start making up rules of engagement for how people are allowed to treat them and anyone who doesn’t follow those rules is punished and/or sent away. Their boundaries become high walls that few people can climb. They wallow in self-pity because they believe the whole world is trying to victimize them. It gets harder and harder for them to receive love because they’re afraid to give it away. (For more on this, check out the victim triangle – a helpful framing of the patterns we get stuck in.)

Not long ago, I was out for a walk with a close friend and, after she’d patiently listened to me talk about all of my woes, I stopped and said… “You know what? I’m getting bored of my own self-pity.” We both had a good laugh and that’s the moment I decided that I wasn’t going to let my protected heart become a closed heart. I knew I needed to do something so that I didn’t get trapped in the spiral (or on the triangle).

So I’ve decided that I’m returning to love. I’ve nourished that seed of love in my heart enough that I’m ready to start giving some way. Because love can only grow when we both RECEIVE it and GIVE IT AWAY.

Love is like a river – it needs to keep flowing in order to stay alive. If you try to block it, you cause disruption and chaos.

That’s why, together with my business partner Krista, I’ve created a series of videos we’ve called Love Letters for Those Who Hold Space. Once I started pouring my love and creative energy into this project, my love just kept growing, so what started out as a couple of videos soon became eight. Each of the videos is meant for a different group of people who we think can use some love right now – parents, teachers, health care workers, leaders, managers, coaches, therapists, facilitators, church leaders, and activists.

There’s also one that’s a little different – for those learning uncomfortable things. This one emerged especially in support of those people who are having to face challenging new information right now – like, for example, the people in Canada wrestling with the findings of thousands of unmarked graves on the sites of former residential schools.

I know that many of us have been struggling lately, with what I’ve started calling “pandemic languishing syndrome” characterized by lethargy, compassion fatigue, irritability, and an allergic reaction to Zoom calls and social media marketing, and I’m guessing that one of the antidotes might be love. So I’m offering some to you, right now, hoping that your heart is open at least enough to receive it.

(Click on the image to go to the videos.) 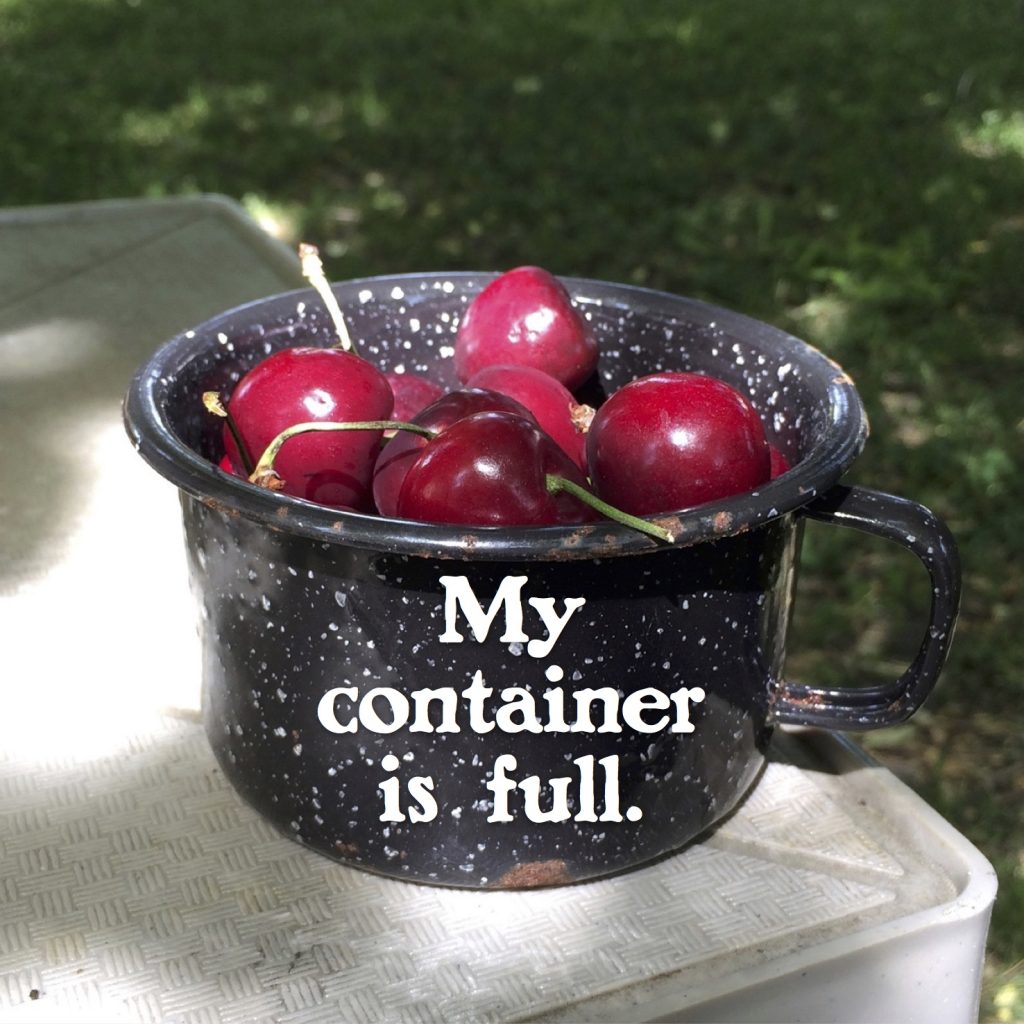