What’s the poetry your heart wants to sing? And how might it liberate us? 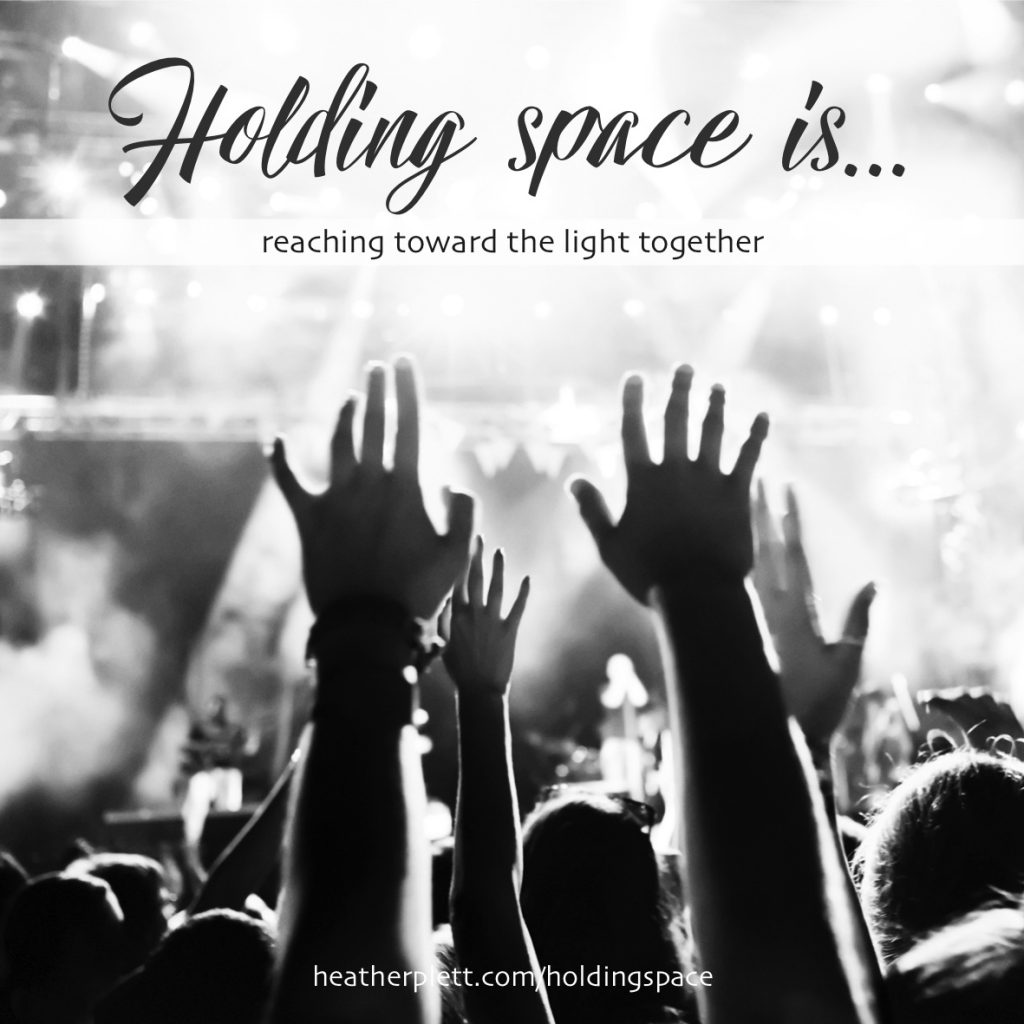 György Faludy decided, at age nine, to become a poet because he was afraid of dying. Lying in bed at night, in terror of not waking up in the morning, he resolved to create a world with words where he could feel safe, a world of his creation that would live on after he himself disappeared.

Faludy was Jewish, and in pre-World War II Budapest, he was blacklisted and his poetry banned from print. Undeterred, however, he became a translator and disguised his own poetry as the poetry of the French masters he was translating.

When German troops invaded Hungary, Faludy was thrown into deportation camp with other Jews. He managed to escape and succeeded in crossing half of warring Europe to end up in North Africa, where he was captured once again and thrown into another camp. When the allied troops finally liberated North Africa, he emigrated to Canada and then to the United States.

Though he continued to work as a translator in several languages in the U.S., he never felt as comfortable writing in an adopted language when the poetry of his heart wanted to be sung. After the war, he returned to Hungary, hopeful that his poetry would finally be accepted. The new regime, however, was even less receptive to his poetry than the old had been, and he was arrested, tortured by police, and thrown into a Communist “punitive” camp.

Still undeterred, Faludy produced some of his best poetry under the harshest circumstances in prison camp. What’s remarkable is that none of this poetry was written down because he had no access to pen or paper. He memorized all of his poetry and then, so that it would not be forgotten, taught other inmates to memorize it as well. Toward the end of his captivity, he wrote a long elegy to his wife and each part of it was memorized by different inmates. Some of these prisoners were released before Faludy and went to visit Faludy’s wife to recite the part of the poem they had memorized.

When Faludy was finally released, he escaped once more to the West and published his prison verses, relying on his memory, aided by mnemonic devices. (For instance, he made sure the first poem he composed began with the letter A, the second with B, and so on.) After it was published, he received letters from all over the world, from Brazil to New Zealand, from people who’d been in prison camp with him, containing corrections to his poems. Most of these corrections were incorporated into later editions of Faludy’s work.

(Source: The Evolving Self, by Mihaly Csikszentmihalyi)

What drives a man like Faludy to write poetry at such great cost and under such harsh circumstances? Surely he could have lived a reasonably good, risk-free life as a translator or high school literature teacher. If he had, he would have been spared at least one of his prison camp experiences.

But poetry wouldn’t leave him alone – it was both his vocation and his salvation; his siren song and his life raft. It compelled him forward, even into the harshest of circumstances. Then, when he was in those harsh circumstances, it gave him meaning and helped sustain his life.

What was the best thing I learned?
That after need
left my ravaged body
love did not leave.
– György Faludy

As Viktor Frankl says in Man’s Search for Meaning, “Those who have a ‘why’ to live, can bear with almost any ‘how’.”  Like Faludy, Frankl survived Nazi concentration camp and it was his conclusion that those who had the greatest chance of surviving were those who were the most determined to find meaning in their suffering. By turning his suffering into poetry, Faludy found a sense of purpose and personal sovereignty that kept him from being destroyed.

I don’t know how I would respond to prison camp, or even if I would, like Faludy, choose to return to a country where I was at risk just so that I could continue to write in my mother tongue. But I do have some sense of what it’s like to have a purpose that has such a strong tug at your heart that you’re willing to sacrifice a stable and easy life in your quest for it.

Eight years ago this month, I handed in my notice at my stable, well-paying management job for the insecurity of self-employment. Why? Because I felt compelled to. Because I knew my life would continue to feel incomplete if I didn’t follow the calling that kept whispering in my ear.  Because I knew that my own liberation was tied up with my sense of purpose.

Many have asked me how I stayed motivated during the lean years, and how I knew I was doing the right thing even when few were showing up for my workshops and the bills were barely getting paid. I hardly know how to answer them. I stayed motivated because I have always poured my heart into my work and, even when few paid attention to it, knew that it had meaning. It was the poetry that my heart wanted to sing.

That doesn’t mean that I didn’t have doubts and that there weren’t some days when I found myself deep in despair, not knowing whether the meaning I found in my work would ever translate into something other people would understand. There were days, in fact, when I wondered whether I was speaking a foreign language. But I persevered, not because I thought this work would ever turn me into a millionaire, but because that deeply rooted sense of purpose kept whispering in my ear, nudging me to take the next right step, calling me toward my own liberation.

I am writing this piece today, because I feel compelled to call you too to step forward and take your own next right step into the purpose that calls you toward your liberation.

I believe that we are at a crucial time in the world when we need more meaning-makers to step forward, to take risks, to breathe their poetry into life, to answer the call. It’s an “all hands on deck” moment, when the storms are raging, the mast of the ship is threatening to break under the pressure, and the waves are threatening to swallow us. In this darkening moment, when the world seems to be diving deeper and deeper into chaos and humans seem intent on self-destruction, we need poets, artists, creators, resisters, leaders, space-holders, lovers, gardeners, explorers, and teachers to do what Faludy knew to do as a nine-year-old – create a world with words, art, and imagination where we can continue to thrive despite the mayhem around us.

I’m not saying that you all have to leave your careers to follow some mysterious quest as I did, or that you have to risk poverty or prison in order to do work that you love. But I AM telling you that the generous, unapologetic outpouring of your gift will make the world better for you and for the people around you, even if people think you’re a little crazy for doing it. It won’t necessarily fix the brokenness of the world or change the outcome of this trajectory we’re on, but it will make the struggle more bearable and will help us find liberation.

I am reminded of that powerful moment in Les Miserable, when the oppressed people rise up together to resist the source of their oppression. Together, they stand on the barricades they’ve built and they sing at the top of their lungs…

Do you hear the people sing?
Singing the songs of angry men?
It is the music of the people
Who will not be slaves again!
When the beating of your heart
Echoes the beating of the drums
There is a life about to start
When tomorrow comes!

In that moment, music gives them meaning. It gives them belonging and community. It gives them purpose and strength. It liberates them and makes them stronger than their oppression.

In prison, Faludy’s poetry may have done nothing to change the outcome for himself or the other prisoners, but it gave them all a way to look toward the light. It gave them a reason to wake up in the morning. It lent them strength, and it helped them claim their own sovereignty even within prison walls. He wasn’t the only one invested in the poetry. All those who memorized it with him became invested too – so invested that they sought out his wife upon their release and/or sent in poetry corrections years later. His poetry became THEIR poetry. His purpose became THEIR purpose. His liberation became THEIR liberation.

The outpouring of one person’s gifts can give meaning to all those who receive it, even in our darkest time. It can liberate us, even inside prison walls.

I urge you, friends – don’t let the gift die inside you. Don’t let the poetry remain unwritten or the songs unsung. Write it, sing it, paint it, dance it, teach it, plant it, grow it – do what it takes to nurture that which is growing in your heart.

“Don’t aim at success. The more you aim at it and make it a target, the more you are going to miss it. For success, like happiness, cannot be pursued; it must ensue, and it only does so as the unintended side effect of one’s personal dedication to a cause greater than oneself or as the by-product of one’s surrender to a person other than oneself. Happiness must happen, and the same holds for success: you have to let it happen by not caring about it. I want you to listen to what your conscience commands you to do and go on to carry it out to the best of your knowledge. Then you will live to see that in the long-run—in the long-run, I say!—success will follow you precisely because you had forgotten to think about it” ― Viktor E. Frankl, Man’s Search for Meaning