“One isn’t necessarily born with courage, but one is born with potential. Without courage, we cannot practice any other virtue with consistency. We can’t be kind, true, merciful, generous, or honest.” ~Maya Angelou 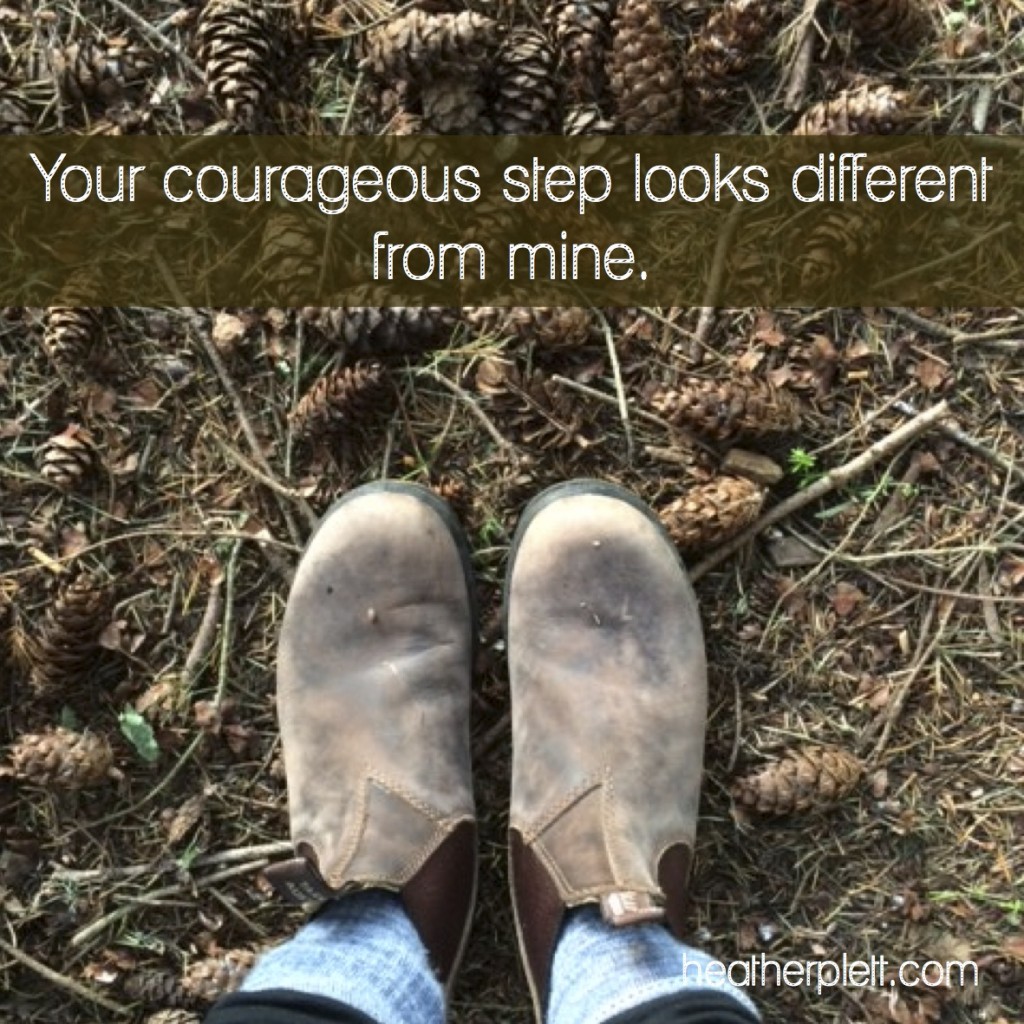 Last night I went for a walk in my favourite neighbourhood park, Henteleff Park, a long narrow strip of native grasslands and forest along the Red River. Just after entering the park, a movement at the edge of the woods caught my attention. I glanced over to see a dark animal, and because I could only see the top of its back and because I am mostly accustomed to seeing deer in that park, I thought it was an unusually dark deer.

I stepped off the path I was on and ducked through the trees to get a closer look and it was only then that I discovered that it was a bear. A BEAR! Within city limits! Just 5 minutes from my home! Just 20 feet from where I was walking!

Now, for many people, that would have been a rather terrifying discovery that would have sent them quickly back home. For me, though, it was quite exciting. I wanted more! Though I stepped back onto the path and didn’t go directly into the woods were I saw it disappear, I wandered the park for another half hour, hoping I might spot it again. I never did.

What occurred to me after wandering through the woods by myself (there are rarely other people in that park), slightly nervous but not overly concerned for my safety, is this…

Courage looks different for each of us.

After reading my story of bear-seeking, your thought might be “Wow! She is really courageous!” But the truth is, it didn’t take a lot of courage for me to keep walking in the park. I grew up wandering in the woods by myself, and I have always been a camper and hiker, so it didn’t feel like foreign territory for me. It felt familiar, with just a touch of adrenaline. Black bears are not particularly dangerous unless you provoke them.

You may never wander in the woods where you suspect a bear might be found, but there are probably things that you do quite naturally that would seem extremely courageous to me. Maybe you’ve grown up in a place where there are rattle snakes or tarantulas and they hardly phase you but would terrify me. Or maybe you’re way more comfortable wading into situations where there is conflict than I am. (I am admittedly rather conflict-averse.) Or maybe you’d go spelunking in a dark cave where I wouldn’t be caught dead. (Dark claustrophobic spaces are my version of hell.)

There are no universal yardsticks for courage.

There has been much hubbub lately about Caitlyn Jenner being awarded ESPN’s Arthur Ashe Courage Award after making her first public appearance as a woman. There is at least one meme floating around social media where her Vanity Fair cover photo is seen alongside a photo of soldiers in battle, suggesting that REAL courage can be found on the battlefield, not on the pages of a fashion magazine. Now, I’m not interested in arguing whether or not she was the right choice for the award, but I do want to say that it is a false construct to try to compare one version of courage with another.

Sometimes, in fact, what we interpret as courage may in fact be the lesser of two evils for a person. A soldier, for example, may be on the battlefield because he is running away from something that really scares him at home. Gunfire may feel less risky than shame, rejection, or family conflict.

For some, it may take more courage to come out as transgendered or gay than it takes to join the army.

For others, the most courageous act might be to take a leap of faith and leave a job in a toxic workplace.

For still others, it might take years to work up the courage to speak their truth in front of people who disagree with them.

Courage is a very individual thing and nobody can define it in your life except you.

If you try to measure your courage on someone else’s yardstick, you will never learn to be true to your own life.

Only you can decide what courageous step you need to take in order to be true to yourself.

Don’t try to take someone else’s step – take your own.

And don’t sell yourself short when you take that courageous step. Celebrate it!