What if I’m not a “nice girl” anymore? 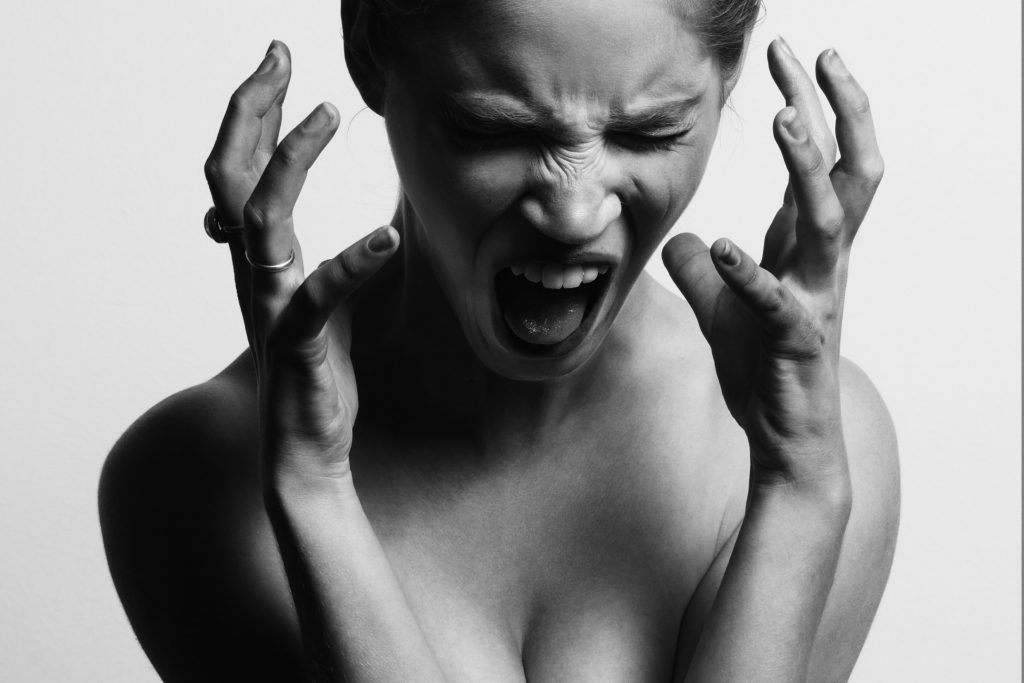 I have been well trained to be a nice girl. So well trained, in fact, that, decades after that training took place, my body still goes into spasms whenever I even slightly deviate from the “nice girl” rule book.

The list goes on and on. Don’t brag about yourself lest you be guilty of the sin of arrogance. Don’t stand up for yourself lest you incite an unnecessary conflict. Don’t let people know how smart you are lest you make other people feel badly about themselves (especially men). Don’t dress too provocatively lest you lead a man to sin. Don’t be angry lest you make other people uncomfortable. Don’t be too bold, too confident, too strong, too pretty, too smart, too obstinate, or too aggressive. Don’t swear, don’t be promiscuous, don’t argue, don’t dance… oh… and… while you’re at it, don’t say no or be rude when an older adult in the family wants to kiss you without your permission.

JUST BE NICE. Be agreeable. Be sacrificial. Be supportive. Be demure. Be modest. And… because we’re Mennonites… be prepared to be a martyr for your faith.

All of that conditioning resulted in this deeply rooted belief… if you are not a “nice girl” you will not be valued, you MOST CERTAINLY won’t get into heaven, and you will be rejected and shamed by your community.

Add to that potent mix the messaging that every woman receives – that if we are NOT nice and we don’t offer ourselves up as shock absorbers for men’s pain, we may run the risk of having their anger and violence directed at us. It doesn’t take very many situations where you experience the truth of that to become convinced that it’s the way the world works.

A patriarchal society values nice girls, because nice girls don’t take up too much space, they don’t claim too much power, they don’t challenge authority, and they certainly don’t threaten to overthrow the system that oppresses them. AND because nice girls are so cooperative, they police each other so that nobody else has to do the nasty work of keeping them in line.

When that kind of social conditioning is woven together with trauma, it’s especially hard to root it out of one’s psyche. For me, there was the trauma related to the threat of hell, the fear of being shamed and/or rejected by the community, the fear of punishment, and the fear of having my life threatened by men who were stronger than I am. (For more about Religious Trauma Syndrome, read this article and the ones that follow it.)

When I look at all of this objectively, it all becomes so clear, and there’s a little part of my brain that asks “why don’t you just let it go and move on?” LOGICALLY, I get it, and that should make it easy to walk away from that programming and choose another way to live, right? Wrong.

When trauma and social conditioning are so deeply intertwined, they don’t respond to logic. They get stuck in our bodies and it’s our BODIES that activate our reactivity into fight/flight/freeze/tend-and-befriend mode. (That last one… “tend and befriend”… personally I think it’s the most helpful one for women with my social conditioning and trauma to understand when considering how we react. Our instinct is to make the situation safe for everyone and we do that at all costs.)

Because my tend and befriend reaction gets easily activated when I’m triggered, and because “nice” was so drilled into me as the highest standard and safest way to live, there are many, many times in my personal history when I’ve put up with the infringement of my boundaries (or didn’t bother to have them in the first place), when I’ve sacrificed myself for someone else’s comfort, when I didn’t stand up for myself even though I was being harmed, when I chose to overlook other people’s bad behaviour, when I masked my anger, etc.

I’ve sacrificed a lot in order to be nice and it has taken its toll on my body and my emotional health.

I’ve done plenty of personal work (therapy, journal practice, art practice, self care, sharing circles, etc.) to overcome that social conditioning and heal the related trauma, and I am far from where I once was, but the work isn’t over. I still get triggered and I still often slip into the pattern of sacrificing too much or overlooking bad behaviour.

Recently, as I mentioned in my last post, I’ve had a lot of opportunities to peer into my own shadow, and one of the things that became clear to me was that I needed to do more work to tend to my “psychic membrane” (the language I have adopted to replace “boundaries” – like a cellular membrane, a psychic membrane determines what comes through and what stays out). Some of that work was about allowing more in (joy, nurturing, love, intimacy, etc.) and some was about protecting myself from that which harms me.

The problem with strengthening one’s membrane, though, is that it doesn’t always fit with the “nice girl” box that people want to keep you in. It might mean that you indulge in things that might have been branded as “sinful”, for example. And it might mean that, in protecting yourself from what harms you, you show your anger, you offend people, or you look too proud or “full of yourself”.

There have been several times, lately, for example, when I’ve become more firm about the behaviour I will no longer put up with, and other people have reacted with some version of the old “you’re not being nice” shaming that is so triggering for me (and was once painfully effective). Not long ago, for example, a person to whom I once went for a body-work session, spoke of that session publicly (claiming some responsibility for my growth) and I said it was unprofessional to speak of client sessions in public. She didn’t apologize and instead said that I should “stay open.” (ie. “Be nice and don’t call people out.”) Her friend (who’d recommended her to me) jumped into the conversation, said he didn’t understand why I was so angry (ie. “Nice girls don’t get angry.”) and then claimed to know more about my anger than I do. (ie. “Nice girls don’t get defensive when other people define them.”)

And then there were the people a few weeks ago who continued to comment on a post where I clearly stated that “this conversation is closed – all further comments will be deleted”, because my clear boundary apparently didn’t matter to them or they thought I’d be “nice” and still let them express their opinions. (ie. “A nice girl doesn’t make a fuss if her boundaries are ignored.”)

And, while I was writing this post, someone criticized me for asking people to properly attribute a quote that had been taken from my viral blog post. (ie. “Nice girls don’t insist on being given credit for what they create.”)

Every one of these times, my old “be nice or lose everything” trauma has been triggered and I can feel my body respond with a need to do something to make it all better and to be nice to people even if they’ve behaved badly.

Fortunately, though, I’ve learned to hit the pause button when that triggering shows up and to do the necessary self care so that the triggering has less power over me. And then, when the throat-closing-heart-palpitating-brain-spinning reaction has dissipated, I am usually able to respond with more clear-headedness in a way that aligns with my values and in the way I choose to care for myself without putting up with harmful behaviour. (ie. Some of the above-mentioned people have been blocked from my social media.)

The trauma trigger is NOT the truth and it is not the guide I choose to follow. It is simply my amygdala trying to do its job to protect me from the old outcomes that my body is convinced will result. But I am much more than just an amygdala – I am a person with a strong frontal lobe and with lots of tools that help me shift my brain patterns and calm my body responses.

I won’t get it right all of the time, and sometimes, especially when I’m exhausted or emotionally raw, my reactivity will still get the better of me. But I’m learning. And you can too.

No, I don’t want to be a “nice girl” anymore. That doesn’t mean I won’t be kind (I have a LOT of patience for people who want to grow and learn and who take responsibility for their mistakes), but I don’t intend to be complacent when people do harm to me and/or people I care about. And I will challenge authority when it is destructive. And I will take up space. And I will work shoulder-to-shoulder with those who want to disrupt systems of oppression.

And you can too.