Are they dancing still?

Having been to Ethiopia, India, and Bangladesh in the last year and a half, I find there are some stories I just can’t shake. In both Ethiopia and India, we were delighted to watch young girls who danced in our honour. But, because of the stories I heard after the dancing ended, those visions haunt me sometimes in the night. I’ve tried to write about it several times, but in the end, what came out was a video (though an article is also in the works).

Note: all photos are mine. Song by Sara Groves.

They may be dead now

We had a visitor in our office yesterday. Ato G. from Ethiopia. A gentle yet bold man who’s responsible for the project we visited in the Afar district, where a water diversion project has transformed the community and dramatically increased the food security for hundreds (maybe even thousands) of people. He brought pictures and stories of lives transformed, new crops growing, and a bustling and growing village. When we were there in January, the people boasted that the village school which had had only 1 student 3 years earlier had grown to 64 students. Now, merely 8 months later, Ato G. tells us that it has now grown to 250 children, and 40 % of them are girls. Women have increasingly greater responsibility in the community, especially since it has been recognized that they possess many of the skills required to move the village forward economically.

When we were there, we visited the second project that Ato G’s staff are overseeing. At least a hundred workers bustled around a busy work site carrying rocks, mixing concrete, hauling water, and digging trenches. He tells us that that water weir has now been completed and they are enjoying their first crops. There is renewed hope in the community. Access to water means access to life in arid regions like the Afar.

Ato G. came with some sad stories, however. Last year’s flood in the region set the communities back and meant that thick silt had to be removed from their new canals. We watched a man on a video tell us how he’d lost his farm when the flooding moved the river about 150 metres from the original riverbed. He stood looking over the rushing water and said “this used to be my farm.”

The piece of news that Ato G. brought that haunts me the most, however, is the story of the young girls. “Remember all the girls you watched carrying loads of rocks in their sacks to help build the water weir? They made up a large part of our work force there. But many of them are dead now.”

Female genital mutilation. That’s what’s killing them. The community comes together for the coming of age celebration once a year or so, and with a single contaminated blade, 50 to 100 young women lose a little piece of themselves. In the weeks that follow, many of them lose their lives.

But many of them are dead now. And those that aren’t dead have been violated. And they’ve lost their friends.

Sometimes the work of international development feels like one step forward two steps back. The community has changed, they have access to water and more food. There are even woman serving in key roles in the community. That’s all good news. But their young women are dying.

Today I am sad for those hopeful young women who danced in the evening sun. My hope and prayer is that those who survived will rise up and be strong, and that some day, when it is their turn to step into whatever leadership roles they are afforded they will say “this is enough. We will not watch our daughters die.”

Notes:
– do all this while burning frankincense on a separate burner (can be seen on the bottom left of the picture below – unfortunately I neglected to take a separate picture)
– generally, a snack like popcorn, nuts or roasted barley is served along with the coffee
– the third cup is considered the luckiest
– fortunately for a non-coffee-drinker such as myself, it’s quite acceptable (and even expected) to drink it with lots of sugar
– for some reason (though I never managed to get an explanation as to its significance) there is generally dried grass spread out on the floor or ground where the coffee ceremony takes place. Even the airport coffee shop had grass on the floor.

When you first arrive in Ethiopia, and you tell someone about the things you hope to experience while you’re there, if you mention a coffee ceremony, someone will probably look at you a little funny and say “well of COURSE you’ll experience a coffee ceremony.” It’s not something that is out-of-the-ordinary and only done for special occasions. It’s done every day. It is their time of connecting with community and family. It’s when they catch up on the news of the day with those they care about.

My favourite coffee ceremony moment was fairly late one night, after a very full day, sitting on mats under the star-lit sky, listening to the quiet cacophony of a village going to sleep, and watching the fire glow under the coffee beans. It was too dark for pictures, but I have the memories. 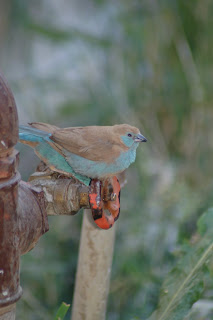 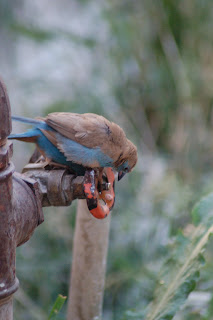 I don’t often write fan letters, but I’m making an exception today because I think you should know how much you moved me last night. I left your concert with a feeling of fullness – like I’d been given a delicious meal of succulent songs that fed the hungry places in my soul. Thank you for that. Thank you for writing such breathtakingly beautiful lyrics as “turn me tender again, mold me anew” and “my soul’s asleep now – wake me up” and – oh there are so many I can barely begin to list them. Thank you for giving of yourself again and again to us your audience. Thank you for taking risks. Thank you for baring your heart and soul and pouring your passion into the gift you offer us.

A few weeks ago, I was in Ethiopia. I traveled through some of the poorest regions of the country, visiting various food-related development projects. I visited people living in primitive huts made of mud and reeds. I watched labourers with picks and shovels painstakingly dig massive ditches to irrigate the parched land. I held the hands of children who weren’t sure where their next meal would come from. I walked past crippled or blind beggars sitting in the dirt next to centuries old churches.

Before departing on my journey, I downloaded my favourite music onto my daughter’s mp3 player. Music is so often my touchstone, my inspiration, and my solid ground and I knew that it would help me process and make sense of some of the pain and poverty I would see. Your two recent albums – Deep Blue and Whoever it was Who Brought me Here – featured prominently in my music selection.

Your music was just what I needed for that journey. You so beautifully reflected so many of my own thoughts – anger at the injustice, compassion for those in need, despair that there are so many hurting people and so little I can do about it, but always hope that there is a better way. Your words became my words as I traveled through almost incomprehensible beauty and equally incomprehensible pain.

I listened to “Yet still this will not be” over and over again and even shared it with my travel companions. More than anything, as I traveled through one of the poorest countries in the world, I wanted to believe that some day “the broken hearted shall indeed rule”.

One particular memory of my trip sticks with me. We stopped at the side of the road next to a rusty abandoned army tank leftover from one of the many wars that have ravaged Ethiopia. Passing school children, curious about our vehicles and our white skin, climbed onto the war machine to watch us. As I watched them, I felt a sadness settle into my soul. How could these school children have hope for the future when their path to school was littered with memories of war?

But then, high up on the hill above where the tank sat, a young girl called down to us. Giggling and waving, she shouted “salam!” (hello) She picked up one of the young goats she was herding and motioned for us to take her picture. In that moment, I felt my hope return. If there is any hope in Ethiopia, it is in this young girl, so full of life and joy.

Thank you, Martyn, for coming with me to Ethiopia.