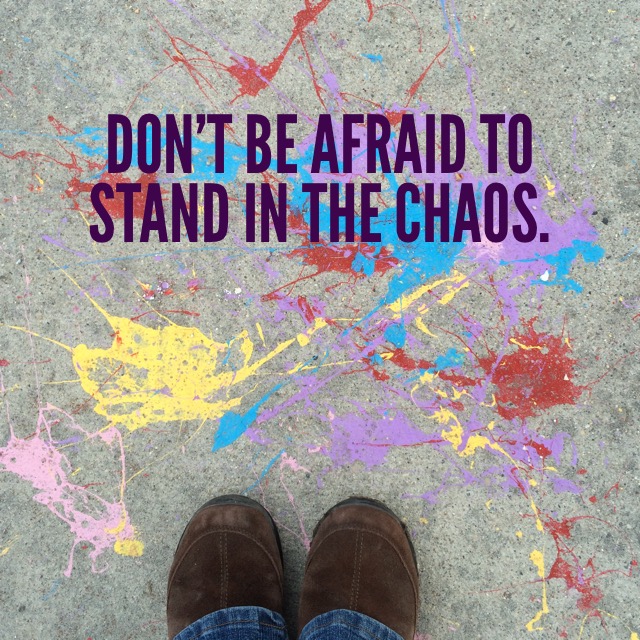 Emerging out of the dark – the womb mandala

This morning’s mandala started with a dark circle at the centre. A black hole with no highlights and no intricate designs to lend it beauty… just void.

It felt odd to start that way. Usually my mandalas are infused with bright colours. Almost immediately, I found myself wondering how I could lend light to the darkness, beauty to the ugliness. I felt uneasy, not wanting the darkness to take over.

Around the edges of the circle, I started adding smaller circles in increasingly lighter, brighter colours – trying to redeem the darkness, trying to edge it toward light, trying to move on to colour, variation, and hope.

And yet, when I neared the edges of the paper with bright yellow bursts emanating outward, it didn’t feel right. The uneasiness continued. I closed my book. I didn’t like it. It didn’t feel like the place I’m in right now – neither the darkness, nor the feeble attempts at bringing in light.

After a bit of time, I opened my book again. Almost without knowing what I was doing, I picked up the black crayon and started shading over the coloured circles. This mandala was calling for darkness, not light. The light looked too garish against the dark – unwelcome in it’s boldness.

And then I knew what was emerging. Not a black hole, not a void, not an ugly place at all. Instead, a womb – a safe warm place for gestation, growth, and waiting for birth. Not unwelcome shadows, but rather the beginnings of growth. I thought back to the circular name-tags we were given in childbirth classes sixteen years ago – 10 centimetres; the amount our cervixes would have to dilate before we’d be ready to give birth.

This mandala was my birth canal, readying itself for the birth of something new.

It occurred to me how pertinent the birth metaphor is at this time of year. First we celebrated Winter Solstice, the emerging out of darkness into new light.

Then, in close succession, we celebrated the birth of Christ – the birth of hope, the birth of new life. Surrounded, quite appropriately, by our own families of origin, and, in particular, the women who birthed us into the world, we celebrate the hope of Jesus bringing grace and redemption through His birth. It’s a birth that changes us all, that shifts our paradigms and overturns our power structures.

Next weekend, we celebrate the birth of a new year – the turning of the calendar, a chance to start fresh.

The season of Christmas and the dawning of the New Year offers us an opportunity to reflect on what is waiting to be born for us now.

What has been gestating?

What is ready to emerge?

What will die if we don’t let it out of the birth canal?

How can we prepare ourselves for the birth?

As you prepare for the New Year, consider asking yourself these questions. Pick up some crayons and markers, create a mandala, and see what emerges. (And then come back and share it with us.)