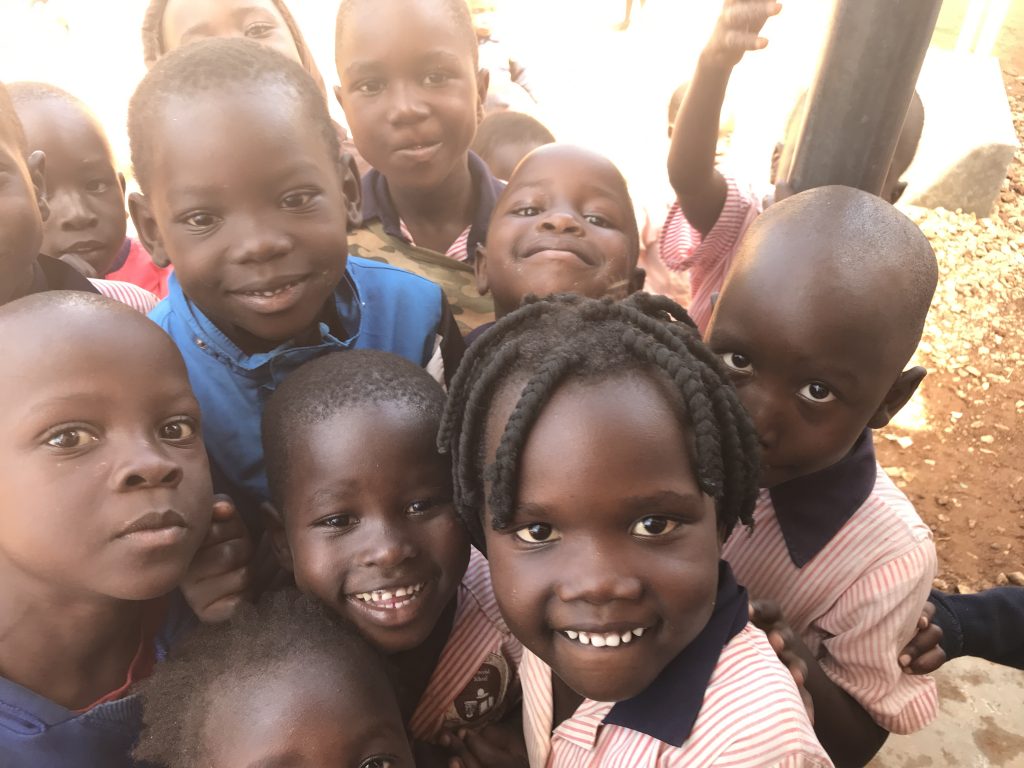 What can I tell you about my experience in Kitgum District of Uganda? I’ve tried about half a dozen times to write this article and to reflect on what the experience meant to me, but so far every attempt falls short. I was going to tell you about how it felt to be the only white person I saw for five days (how all of the children would shout “Munu!” – white person! – when I walked by, and how they’d peer in my bedroom window while I tried to nap, like I was an exotic zoo animal), and then I was going to talk about how this trip felt different from my other visits to Africa, and then I thought I’d start by reflecting on how complicated it feels to be white, relatively wealthy, and a representative of colonization in a place like Uganda and still walk with consciousness and humility… but all of those attempts make this story too much about me and what I really want to tell you about is the school that was the primary reason for my visit.

Laker Memorial School in Kitgum District, Uganda, is the school my friend Nestar started five years ago and which I have been supporting financially for almost that long. What I learned on this visit is that it is named after Nestar’s mom, Laker, a strong and courageous woman who believed in educating children and who worked hard to raise school fees for her children despite the many obstacles life threw in her path (ie. they had to flee their farm when her children were still young because the rebels had attacked their region, and she became a single mom when her husband died a few years later). Though the school is currently housed in a temporary facility that was never meant to be a school (they had to cut windows into the classroom walls so that the children would have fresh air), Nestar’s dream is to some day build a new school on the land that her mother owned. 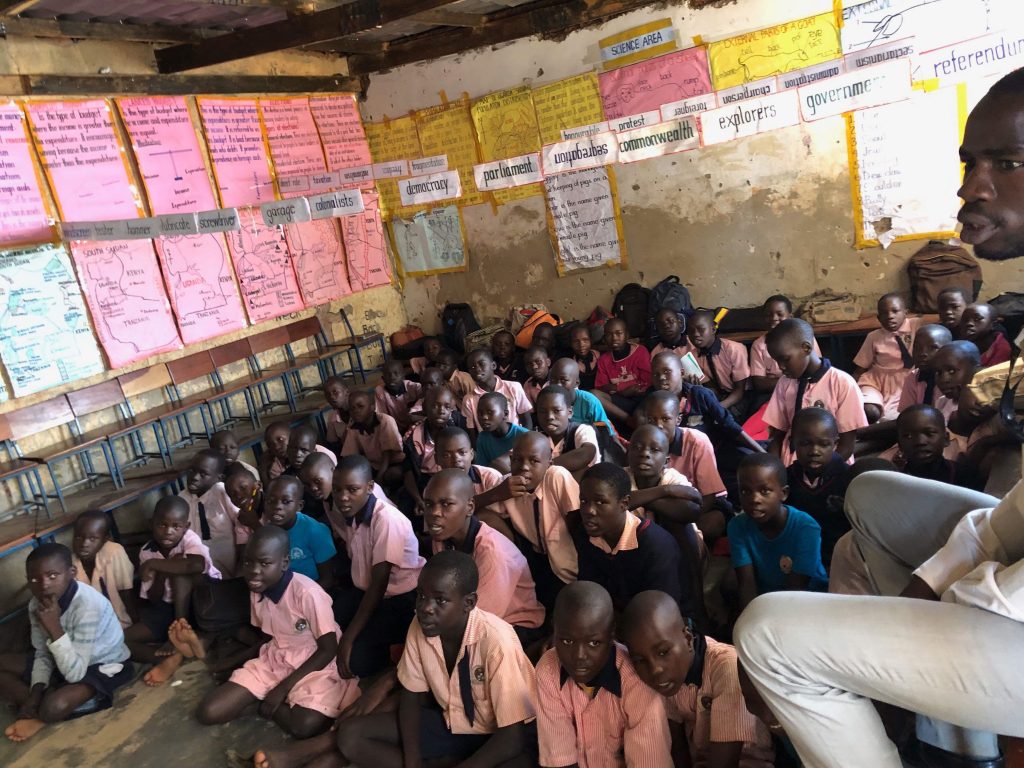 Though Laker Memorial School is primitive by western standards (there are few textbooks and no computers, the paint is peeling off the classroom walls, and all of the teaching aids are handwritten by the teachers), it was clear to me as soon as I visited that the level of education is high, that there is a strong commitment to fostering excellence in the children, and that the leadership of the school has passion and a vision for the future. On the first day I visited, I heard some beautiful music drifting out of one of the classrooms and I went to investigate. When I was invited into the classroom, I discovered that the school choir was practicing their school anthem, which had been written by the head teacher (who was delighted to share it with me). They were singing in four part harmony – at a higher quality than any school choir I’ve ever heard in Canada.

During that first visit, I also had a chance to visit the school kitchen, a small lean-to hut behind the main school building where the school cook was stirring a huge pot over the fire. I was in awe of the muscles and agility required to stir such a pot AND the fact that she was doing it barefoot, just inches away from the fire. (Note: providing school lunches is one of the ways a school like this attracts students – because then the children get at least one solid meal every day.)

A couple of days after we arrived, I was welcomed as the “chief guest” at the kindergarten graduation. I was imagining the kind of small-scale graduation ceremonies my children had when they completed kindergarten – where parents perch on the edges of tiny chairs in the kindergarten classroom and the children wear paper mortar-boards they’ve made in class. I couldn’t have been more wrong. This was a full-day celebration that included much music and dancing, a huge feast, a spelling bee, a drawing contest, and many speeches from dignitaries (including myself). It was a joyous day and I laughed harder than I’ve laughed in a long time when the women invited me up to dance and I proved to them that a white woman’s hips just can’t shake the way a Ugandan woman’s can.

I don’t use the word “awe” lightly (my dad taught me well about the overuse of superlatives), but I am truly in awe of what has been created in just five years at Laker Memorial School. The vision of Nestar and the people she has gathered around her in support of the school (including several of her siblings who serve on the board) is spectacular. It is no easy feat to create a school (and the foundation that supports that school) out of nothing in a remote part of Uganda, where people still struggle from the after-effects of 20 years of civil war, and then to grow it from a couple of dozen students in one grade level to 250 in 8 grade levels in just five years. Nestar does much of the fundraising herself (she sells homemade jam in markets in the Netherlands, where she now lives), and together with her husband Ed, runs the non-profit for next-to-nothing so that all donations can go directly to the school. (And, it should be added, she does all of this while raising four children.) 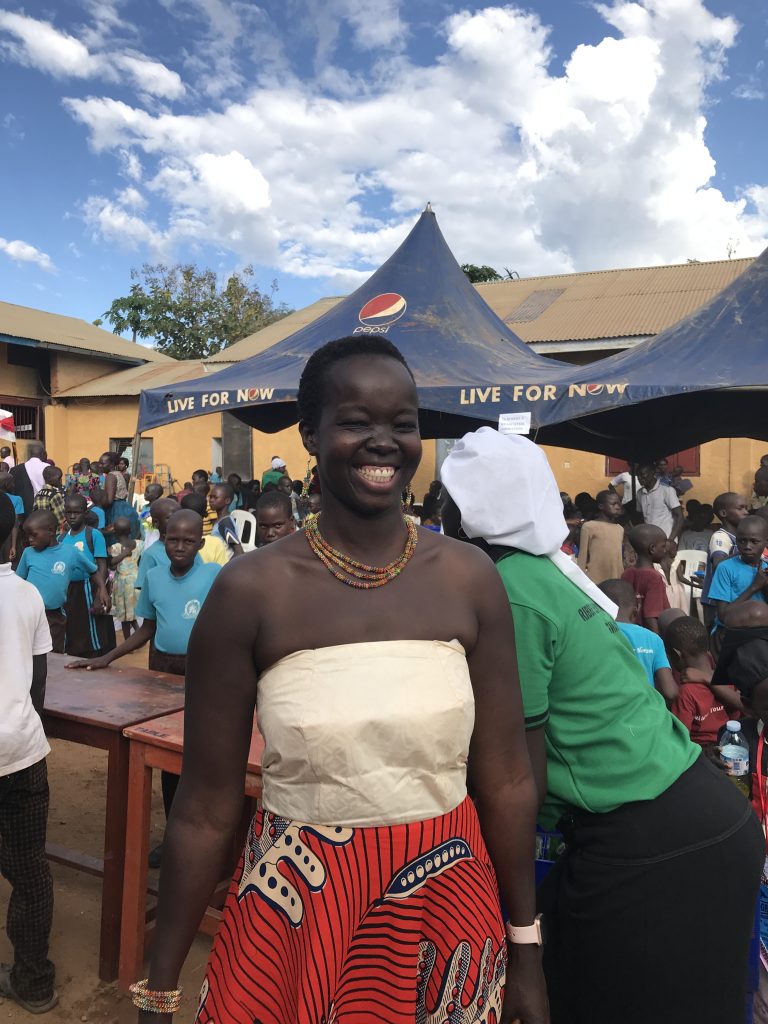 While I was at the kindergarten graduation, seated with the other special guests, I had the opportunity to chat with several local politicians and community and church leaders from the region (including the school inspector). What I heard from all of them is that the school is developing a strong reputation not only in the Kitgum District but across Uganda for quality education and excellent teachers. It was clear from the way that they spoke of it that they too are impressed with what Nestar has managed to create and the quality of people she has attracted to serve in school leadership.

To give you a sense of who Nestar is and what she brings to the school and the children being educated there, I want to share a little story of a tiny moment that represents so much more of what I witnessed in my time with her. During the spelling bee, when kindergarten students were taking turns spelling the words read by the teachers, she took aside one of the boys who had failed to spell his word. “Don’t ever be afraid to try,” Nestar said to the young boy, leaning over to look him in the eye. “You might fail, but at least you tried, and trying is always the first step to succeeding.” She spoke from her own years of experience, having tried a big and bold thing in starting a school, knowing she could have failed.

If Laker Memorial School produces even a handful of young leaders, like Nestar, who lead with compassion, vision, and humility (and I’m certain it will do more than that), then the world will be a better place. 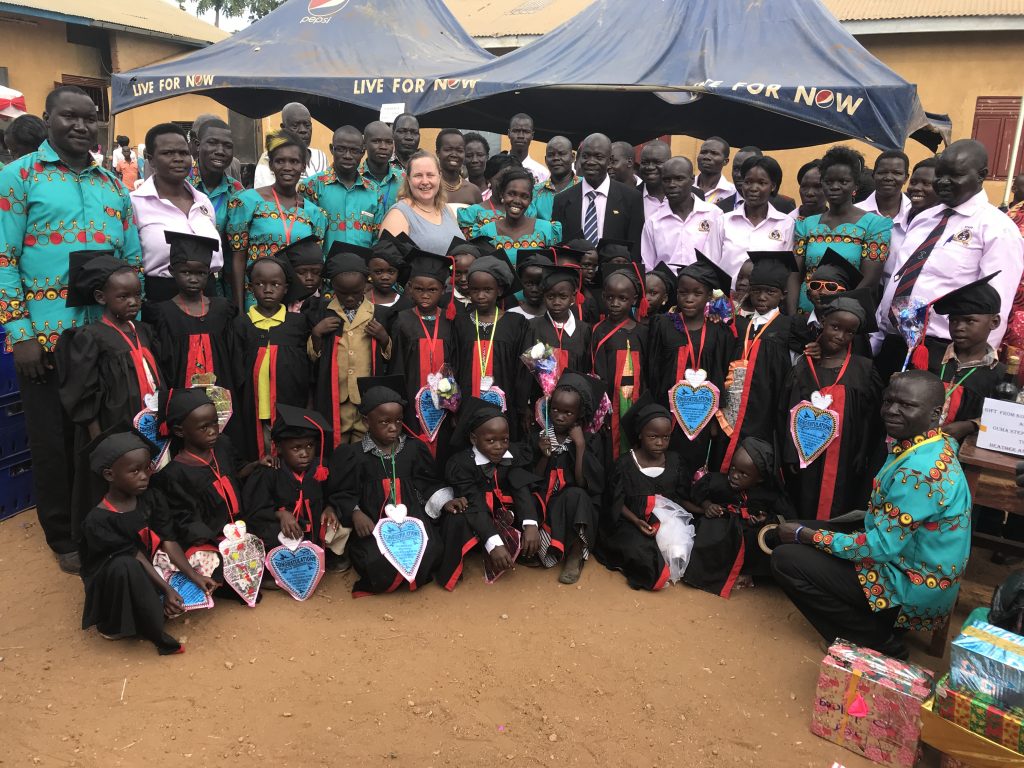 Over the years, I have helped raise money for classroom furniture, textbooks, and, most recently, the construction of a latrine to increase sanitation at the school. Many of you, my readers and friends, have been generous supporters of this school along with me, and I thank you for that. I can assure you that your donations are going to a very good cause and that every dollar is being well spent. I hope that you will consider continued support (you can do so on UKEF’s website) and that perhaps you’ll even consider making a monthly donation.

These children have hope for a better future because this school exists.