Am I REALLY ready to trust the feminine, or will the plane crash? 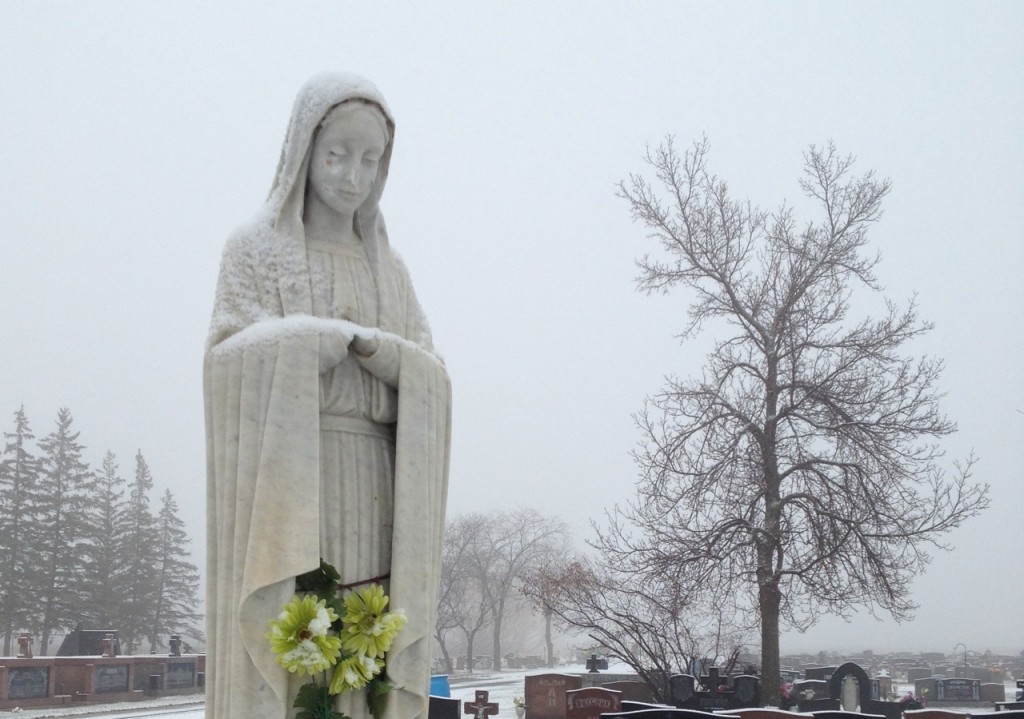 Archbishop Desmond Tutu was once boarding a plane flying out of South Africa, a few years after apartheid had ended, and he was delighted to see that the pilot was black. “Finally!” he thought. “My people can fly planes! We’re making progress!”

A few hours later, the plane hit turbulence, and his immediate thought was “can a black man really be trusted to navigate this plane safely through this rough patch?”

The thought surprised him and made him realize how deeply oppression imbeds thoughts of unworthiness in the minds of those being oppressed. Though he was a powerful advocate for justice, he too had fallen victim to the power of the oppressor to change the very way a person thinks about his own people and himself.

I’ve had a fairly profound realization lately, that the same can be said for my most instinctual response to the rise of the feminine in the face of the patriarchy. Though I’ve been a feminist for almost as long as I’ve known the definition of the word, I serve on the board of a feminist organization, I’ve fought my way through the glass ceiling to senior leadership positions, and I write and teach a lot about women’s leadership, there still remain some instinctual, deep-rooted beliefs that I am not fully worthy because I am a woman.

Or… Let me correct that… It’s not simply an unworthiness of me as a women (because I’ve gotten quite used to women in power, have been in positions of power myself, and don’t think I have any deep-seated issues that I need to excavate in that regard). It’s more of a sense that the feminine (whether it appears in women or men) is not quite worthy of power.

When I left my last formal employment in a leadership position, I did it partly because I was burnt out from the tension I felt between the two tugs – either lead in the way the patriarchy accepted, or turn against the stream and lead with my feminine heart in a masculine-dominated world. I’d tried both, and both were equally stressful for me. I either had to give up what came instinctually for me and live an inauthentic life, or I had to have the courage to face the criticism I received when I dared to lead with more vulnerability, ambiguity, love, and community.

When I first became self-employed, I started a blog called Sophia Leadership, which was all about bringing more feminine wisdom into leadership. (Sophia being the Greek word for feminine wisdom.) I’ll be honest… I had a bit of an uneasy relationship with that blog. I loved it and I wrote my heart out, but I didn’t share it broadly with my former colleagues or my students at the university. I’d been so frequently wounded in my own attempts to bring the feminine into my leadership, that I was afraid to be ridiculed for writing something that I expected they’d judge as “woo-woo” or too “touchy-feely”.

At that time, I had a more professional website at heatherplett.com, and that was the one I shared with students, potential clients, and former colleagues. I was more comfortable with them seeing me behind the mask of my professional persona.

After awhile, though, I got tired of maintaining two sites that made me feel splintered, and so I combined them at heatherplett.com. That took some courage (because now my students, who have to access my site to get to their assignments and class notes, would witness me pouring my heart out on my blog), but once I did it, it felt good, and there were positive results (like four students in my class asking if I’d consider coaching them in non-class-related life changes).

Feminine leadership continued to drive much of what I wrote about and taught about (eg. Lead with your Wild Heart), but the more I focused on that, the more I realized that I was targeting my work specifically for women. That’s not a bad thing, but it hadn’t been my original intent. When I created Sophia Leadership, it had always been with the intent to bring more of the feminine into ALL of leadership, not just into the way women lead.

A couple of interesting things happened this Fall that helped me realize that some of the direction my business was taking was related to my own fear and my own deeply-rooted sense of inadequacy in the face of the patriarchy.

I was approached by a local training organization to teach workshops for executive directors in non-profit. I was flattered, but my instinctual thought was “oh… I don’t really think that’s my target audience. After all, my work will probably be too touchy-feely for them, and what they’ll be looking for will be more of a traditional leadership approach.”

It took me awhile to realize that my response to the invitation was not unlike Desmond Tutu on that plane. When push comes to shove, I don’t fully trust my feminine approach to leadership to be good enough. And I’m fearful that, if I trust it, I’ll crash the plane and people will get hurt.

Sure, it’s good enough for the women who’ve come to my leadership retreats, who read my blog, and who’ve participated in Lead with Your Wild Heart, but it’s probably not good enough FOR MEN. That’s the bottom line.

It pains me to admit this out loud, after all that I’ve been teaching and advocating for in the last three years (because what if you start to think that I don’t practice what I preach?), but I think it’s something that we need to bring out of the shadows and into the light. I think it’s a story that many of us share and that we’re afraid to admit, so it will continue to haunt us.

Do we REALLY believe in the power of the feminine, or do we only believe (in the deepest, shadowy recesses of our hearts) that this is fine for women, but when it comes to REAL power, we have to fall back on the masculine model?

Since I started taking a closer look at this shadow in myself, it’s been showing up in other ways as well (including my dreams). I realized it when a couple of men bought copies of Pathfinder and I was more flattered than the dozens of women who’d bought it before them. Why? Because in my shadowy, wounded heart, I thought that my wisdom was good enough for women, but wouldn’t really be considered valuable by men.

It really surprised me that this was coming up for me, considering how long I’ve been working on this exact issue, and how many years I sat confidently at boardroom tables, surrounded by men but never doubting that I was equal to them and had lots of wisdom to share at those tables. Why didn’t I doubt it then? Because I was good at putting on a masculine mask and sharing my wisdom in a way that was acceptable in a patriarchal world. Very little that I said at those tables was a threat to them, because I wasn’t really challenging them to accept paradigms that they weren’t comfortable with.

Now my work has shifted, and I AM asking them to accept new paradigms, and it’s a whole lot scarier, a whole lot more authentic, and a whole lot more susceptible to their resistance and criticism. This is where the rubber hits the road, and suddenly I don’t feel as confident as I once did, because I now have to expose all of the wounds I suffered in all of those years of leadership. And if I expose wounds, I might make some of them feel uncomfortable when they realize they are the perpetrators of some of those wounds (if not in me, then in other people trying to lead authentically). AND I might even have to admit that I was the perpetrator of wounds for some people, back in my mask-wearing days.

It’s all rather scary stuff, and putting it out here on my blog feels even more scary. This is vulnerability, though, and vulnerability and courage are close companions.

In rather profound timing, I’ve been reading Marion Woodman’s book “Leaving My Father’s House: A Journey to Conscious Femininity”. In it are the stories of three women who, like me, are on long journeys deeper into their feminine. The book has been bringing up a lot for me (and inducing some of the wildest dreams, since Woodman teaches a lot about what the psyche is trying to teach us through our dreams).

One of the things I didn’t expect the book to bring up for me was the importance of integrating the feminine with the masculine. The feminine, she says, cannot be fully realized in us unless the masculine is also fully realized. The same is true in our culture – if one is kept hidden, the other can never be fully healthy.

And that is where I must turn in my personal inquiry right now. How can I trust the intuitive, wild, passionate feminine dancer, and still embrace my strong, confident masculine warrior? How do I embrace both love AND power?

If I truly believe that the feminine must rise in our culture (and I do), how do I do that with power and courage? How do I heal my wounded heart and convince it that the only way forward is to speak my truth with confidence and power, in the public arena, not just where women gather? How do I stop shrinking back in the face of the patriarchy? How do I serve as a catalyst for real and lasting change instead of letting the shadow diminish my power?

I’m taking heart in the fact that, a few nights ago, I had a dream about a graduation ceremony. The ceremony couldn’t start until my date arrived. He did arrive, and – other than a few other complications that I won’t go into – we were ready to graduate (though the dream ended before the ceremony happened). According to Woodman, everyone who shows up in your dreams is an element of yourself, so I’m taking this dream to mean that I am inviting my masculine in and am almost ready to graduate into something new.

This is not a finished story, it is primarily an inquiry into where I need to go next and how we, as a collective body, who believe that the feminine must rise and take its rightful place alongside the masculine, move forward into the future.

I welcome your thoughts on this. While this is my story, I know that it is a story that many of us share.