A story about fruity tea and generational shame

“If we can share our story with someone who responds with empathy and understanding, shame can’t survive.” –  Brené Brown 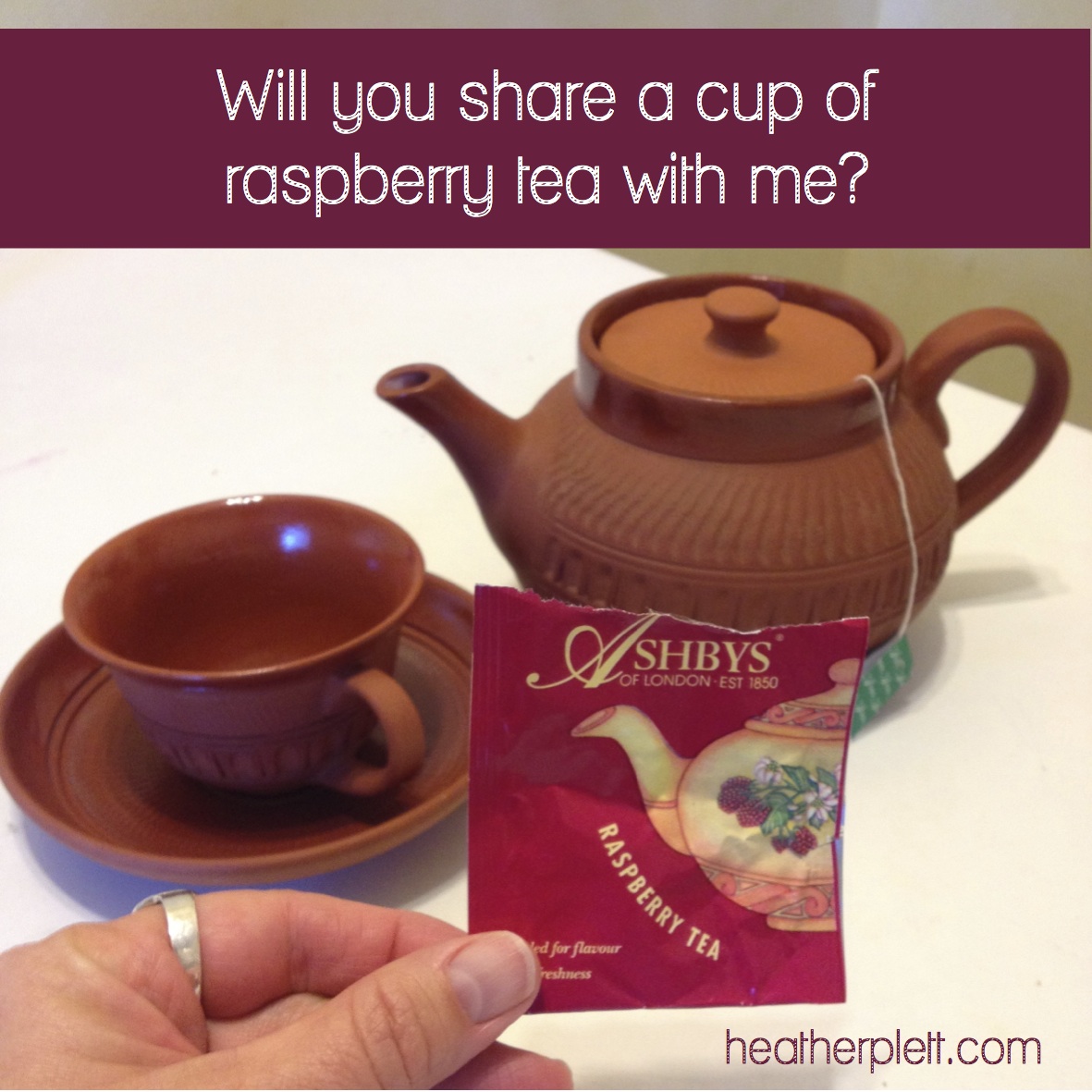 I like fruity tea. Passionate peach, blueberry bliss, raspberry riot – you name it, I probably like it. But at some point in my life, I picked up the idea that fruit teas aren’t for REAL tea drinkers. In the hierarchy of teas, I imagined them stuck at the bottom, the uncoolest of the hot beverages.

I have no idea where I picked up on that tea story. Perhaps someone made fun of me for my tea choice. Perhaps it was just a vibe I picked up. Perhaps I made it up myself. However I picked it up, I let it affect my tea choices. For years, I was afraid to drink fruity tea in public, afraid that the real tea drinkers might notice and judge me for it.

Silly, isn’t it? But isn’t that how most of our shame stories are – rather foolish, once brought into the light of day?

To be honest, some of my shame stories around food choices are rooted in being raised poor, on a farm, and as part of a small Mennonite subculture that kept itself somewhat apart by not engaging in all of the activities (ie. Fall suppers where I might have been exposed to other kinds of tea) in our community. We didn’t have access to “fancy” foods, and so, when I became an adult and was faced with choices that I wasn’t used to, I was afraid I would choose the wrong thing and people would discover how uncultured I was. I was ashamed of being uncultured – ashamed of being a Mennonite farm kid who wasn’t as sophisticated as I assumed the city kids of more worldly-wise cultures were.

We pick up shame stories for a lot of different reasons. Some of them have clear origins (like parents who made us believe we were shameful) and others can only be understood after years of excavation and personal work. Some are relatively easy to release (I now drink fruity tea in public when I want to) and others have become so imbedded into our identity, they become part of our DNA (like the shame around cultural/racial identity).

We inherit many of our shame stories from the generations that came before us in our lineage. Those are the ones that become particularly imbedded into our identity.

After spending several years working in international development, and then a few years on the board of a feminist organization, and now as part of a team doing race relations conversations, I’ve noticed a pattern about cultural shame. Though shame is common to all cultures, it has a particularly strong hold among oppressed cultures.

One of the greatest weapons of oppression is shame. When oppressors manage to inflict shame on people, they increase their own power and diminish the ability of those they oppress to rise up out of their oppression. Shame diminishes courage and strength.

We pass the stories of oppression down to those we most want to protect. When we inherit them as young children, though, those oppression stories become shame stories.

In the book “The Shadow King: The invisible force that holds women back“, Sidra Stone teaches that we adopt the inner patriarchy (the voice that tells women that they are not worth as much as men) from our mothers. It is primarily our mothers who teach us how to stay small, how to please the men, how to avoid getting hurt, and how to give up our own desires in deference to others in our lives (especially men). They do it to protect us, because that’s the only way they’ve learned to protect themselves. And so it goes, from generation to generation, each mother passing down to her daughters the stories of how they can stay safe.

Last week, many of us watched the video of a Baltimore mother who beat her son in public when she found him among the protestors. Desperate to protect him, she pulled him away from enemy lines and taught him, by her own raised hand, that he must learn to submit or risk being killed.

The problem is that those of us growing up in environments where we’re learning these stories from our parents do not yet have a reference point to understand generations of oppression. The only way we know how to interpret our parents’ attempts to keep us small and silent is to believe that they will stop loving us if we become too large and vocal. We become convinced that we are worthy of shame and not love. Though that mother in Baltimore may tell her son a thousand times that she did it out of love and a desperate need to protect him, I suspect there will always be a small child inside him who will believe “my mother shamed me in public, therefore I am worthy of shame.”

Remember the experiment with the monkeys, where a beautiful bunch of bananas hung above a ladder, but every time a monkey would climb to get the bananas, all of the monkeys in the cage would be sprayed with water? Not wanting to be sprayed, the monkeys kept pulling down any monkey who attempted to climb the ladder. Even after all of the monkeys were replaced (one by one) and nobody had experienced the spraying, they still kept any new monkey from climbing the ladder, because they themselves had been stopped. Those new monkeys (if they think like humans), not knowing the history, probably believed “I have done something wrong and my tribe is ashamed of me. I must not be worthy of happiness.” And then they passed the story down to the next generation, pulling down anyone who dared to climb the ladder.

Growing up with the shame inflicted by generations and generations of shamed people, we forget that it is not the lack of love they had that caused them to pass this down to us, it is their wounded love that meant they didn’t know how else to protect themselves and us from further wounding.

And, remarkably, it’s not only psychological – it becomes planted in our very DNA. Studies have shown that trauma has changed people’s DNA and that that DNA has been passed down to subsequent generations, showing up as irrational fear and the tendency to be triggered even if they didn’t directly experience that trauma. If trauma can be passed down through DNA, I’m fairly certain that shame can too, since trauma and shame are often closely linked.

How do we heal these generations of wounds? That is something that I’m just beginning to explore and read about (as are many others) and I welcome anyone’s thoughts, ideas, or experience.

I know that it must be a holistic response, involving body, mind, and spirit. In The MindBody Code, Mario Martinez talks about how we have to heal the shame in our bodies as well as our minds. He teaches contemplative embodiment practices that help replace the shame stories with honour stories.

I also believe that healing shame involves dancing, singing, art-making, spiritual practices, and lots of touch. We can’t heal shame with simply left-brain, logical thinking – we have to engage in creative, right-brain spiritual meaning-making. It helps to create rituals (ie. painting the shame monsters and then painting safe places for them to be exposed), embody our healing (ie. dancing our way into courage), and find spiritual practices that teach us to let go and trust (ie. mindfulness meditation).

And, more than anything, I believe that healing happens in community. Ironically, we pick up our shame through our relationships and we heal it through healthier relationships. That’s the nature of community – it comes with both the good and the bad, the wounding and the healing. In order to heal, we have to find safe community in which we can be vulnerable without fear. When we expose our shame stories among those who hold space for us, the shame loosens its power over us. Intentional circle practices are the best practices I know of for this kind of work.

Happily, there have also been studies that demonstrate that those changes to the DNA can be reversed, so there is hope for the generations that come after us if we do our work to heal. Shame is not the end of the story. We can heal it for ourselves and future generations.