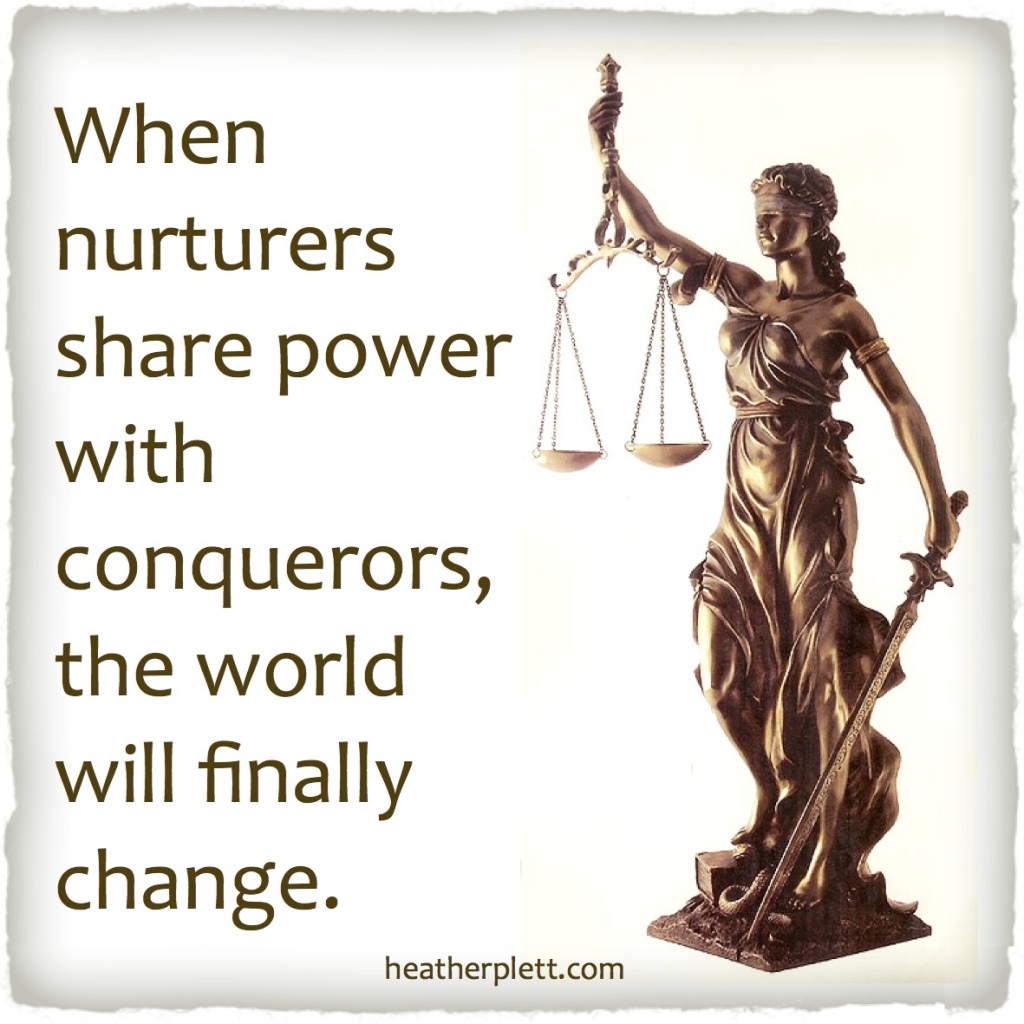 There is Jian Gomeshi, who beat up women for sport and got away with it for years because we all wanted to believe he really was the charming and likeable man we heard on the radio.

And then there is Bill Cosby who drugged and raped possibly dozens of women who came to him for advice, and also got away with it because he was Dr. Huxtable, and he was the voice behind “NOAH!” and you just HAVE to be able to trust someone who’s that fun and likeable.

And then… different but still related… there’s Darren Wilson, a police officer who won’t be punished for killing Michael Brown.

And there is Daniel Pantaleo, who forced Eric Garner to the ground in a choke hold, listened to him say “I can’t breathe” repeatedly, and kept going until he was dead. He won’t stand trial either.

And there are countless other young black men dying. And countless young Indigenous girls dying. And their deaths barely warrant a mention in the newspaper.

And then there is the ferocious beast called the economy that gobbles up the earth and spits it out in its hunger for more, more, MORE.

All of these things are different and yet the same. All are about the damage done when force is left unchecked.

And I want to scream “How did we end up here?!? How did we get to this place where women can be beat up and raped by celebrities who get away with it? Where the police have the right to kill with impunity? Where pipelines are given permission to plow through sacred land? Where we turn a blind eye again and again to rape, destruction, and murder?”

And though I scream it into the wind, I know that the answer sits like a lump of toxic waste in my heart.

We ended up here because we have created a culture in which the conqueror is revered above the nurturer.

We ended up here because we placed power above love, hierarchy above collaboration,  progress above community, and economy above conservation.

We ended up here because we consistently allow our leaders to build up our military might, and make decisions based in fear and protectionism.

We ended up here because we have allowed ourselves to believe that the financial economy in its present state is the only way an economy can be shaped, and if it doesn’t grow we are all doomed.

We ended up here because of patriarchy, a system rooted in fear.

Patriarchy is afraid of losing control, afraid of the unpredictability of a system not based in hierarchy, and afraid to give power to women or anyone who might upset the status quo.

In a patriarchal system, where fear guides the decision-making, anything that does not comply with the established social order must be locked up or destroyed. So they create stronger police forces, they make it harder for women to control their own bodies, they create an image of God as a controlling masculine figure, and they justify the rape and pillaging of the earth. Patriarchy is the bully in the playground who must have everyone follow his rules or he mows them down.

Patriarchy is a monster hungry for dominance and afraid it will disappear if it gives up even a little bit of its power.

It wasn’t always this way. There was a time when the nurturers were revered along with the conquerors.

But then fear began to grow like a weed and the healers and goddess worshipers were branded as witches and the midwives were branded as charlatans. The weed grew, and millions of women were tortured and burned at the stake for knowing too much about the earth, for having too much power over the female reproductive system, and for adhering to a spirituality that could not be contained by those who sought control. (Some say as many as 8 million were tortured or executed in a couple of centuries.)

And so the weed spread, and patriarchy joined hands with racism to mow over anyone in their path and dominate all whose unpredictability made them uncomfortable.

And all those in its path remembered the burning times for generations to come and the memory of it kept us in our place.

How do we stop the weed from spreading further?

There is no simple answer to that question, but we each have to begin by opening our eyes and seeing the weed for what it is. And we have to begin the slow and sometimes painful work of plucking its roots out of our own hearts and our own communities. Because each of us, whether we know it or not, has been infected by this weed and each of us has been taught to be complicit in its growth.

Gradually we are releasing the power of the feminine into the world again.

Gradually we are returning to and honouring the nurturer, the healer, and the midwife that we once burned at the stake.

But we must not give up. We must continue to tend the new seed growing and trust that it will one day outgrow the weed.

It took centuries to burn the power out of women and it will take centuries for it to come out of hiding and rise up again.

Let us continue to dream of a day when both nurturers and conquerors will have equal power.