This is toxic masculinity. And we are tired of absorbing it. 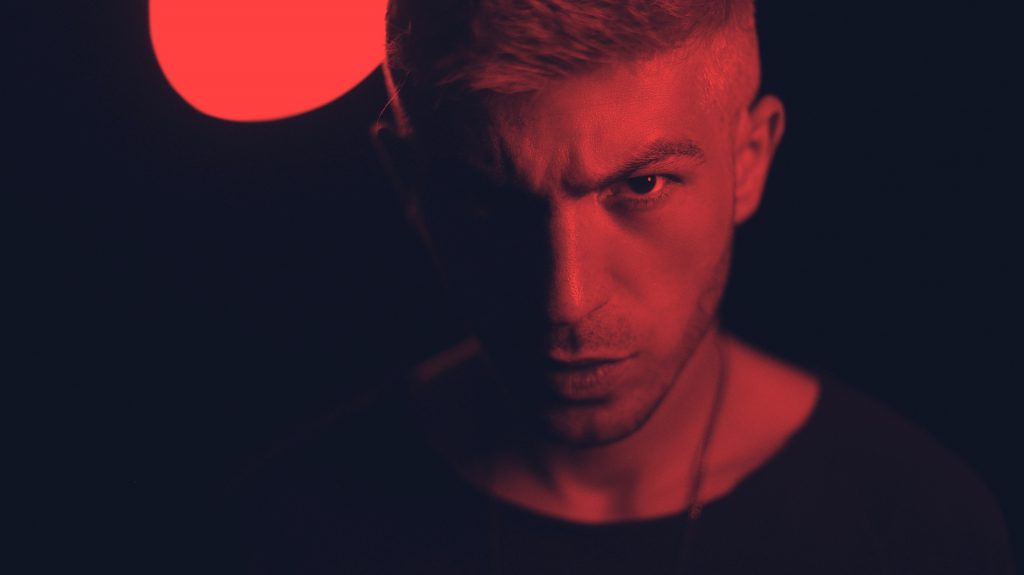 I was on my way to the dentist, feeling anxious because I had a broken tooth and was sure the repair would be expensive and painful and that it must somehow be my fault and I’d be shamed for not flossing, eating hard candy, or clenching my teeth when I sleep. I was also feeling a little guilty for driving the two blocks, but didn’t want to have to walk home in the extreme cold with a frozen mouth.

Driving slowly through the parking lot, I got hit from behind by another car. In my anxious state of mind, my automatic thought was that I must have done something wrong because I was distracted. But just as quickly, I realized that there was nothing I could have done in that moment that would have caused the bump – it had to be something that hit me.

I turned and processed what had happened. A car was pulling out, hadn’t seen me, and hit the back passenger side of my car.

The driver of the car that hit me pulled up beside me and we both rolled down our windows. “I’m sorry,” said the guy, looking strangely frantic, given how minor the incident was, “but I didn’t hit you.”

“What do you mean you didn’t hit me? My car moved. Clearly you hit me.”

“What are you talking about?” I said, looking in the mirror at the tiny block of ice. “How could a block of ice have caused my car to move like that?”

And I said, in as calm a voice as I could muster, “Can we just get out of our cars and look at our cars to see if there is any damage?”

His voice began to escalate. “But I didn’t hit you!!”

“Before you drive away, I’m JUST asking you to get out of your car and come with me so we can see if there is damage.”

He kept yelling, but got out of his car and we both went to look at the side of my car. Sure enough, there was a small dent on the fender near the wheel (ironically in the same spot I’d had repaired a few months earlier after I’d backed into a pole).

“I didn’t hit you!” He yelled. “How do I know that dent wasn’t there before?!” (Well, for one thing, I knew because that whole section of the car’s body had been repaired and repainted, but I didn’t think to say that at the moment.) He started wildly flinging his arms, pointing at other dings and marks on the car. “Next you’re going to say I caused that! And that! And that!”

“No, but you DID cause THAT!” I said – pointing at the small dent.

I glanced toward where he was pointing. In the thin layer of snow on the ground, my tire marks showed clearly where I’d been traveling in a straight line and then was jolted five inches to the left. Near the zigzag was not a block of ice, but a lump of compacted snow that had likely been dislodged from my mud flaps on impact.

As quickly as I’d glanced away, though, I turned back to look into his eyes. Instinctively I knew I couldn’t take my eyes off this raging, irrational man or I would not be safe. Behind the anger in his eyes, I could see something else. Fear? Trauma? Shame? Maybe he was driving without a license? Maybe he’d been traumatized by parents who wouldn’t allow him to make mistakes? My mind reeled with the possibilities, wondering what parts of his history and his pain I needed to draw on to diffuse this situation.

“Look – I’m not going to take you to court or anything, so stop over-reacting and simply realize that what just happened could only have happened if your car hit mine.” My fingers touched the edge of the cell phone in my pocket, wondering whether I should pull it out to record this moment or take a photo of his license plate.

“I DIDN’T HIT YOU!” Seeing the rage increase in his eyes, I made a split-second decision to let it all go rather than risk being punched in the face. I left the cell phone in my pocket.

“Sir,” I said, as calmly and deliberately as I could muster, “the damage is minor enough that I’m not going report it. Get back in your car now and drive away.”

I got back into my car and carried on to the dentist. As I sat in front of the dentist’s office, trembling, I had a flashback, realizing that this wasn’t just the story of a five minute encounter with an irrational man in a parking lot – it was a story of my whole lifetime. And it was the story of every woman I know.

It’s a story as old as history. Man does wrong. Woman second-guesses herself, thinking she may have done wrong. Man swears he didn’t do wrong, gaslights the woman to try to convince her she’s crazy for thinking wrong was done, yells at her and makes her afraid he might hit her if she calls him out for what he did wrong. Woman does the emotional labour of trying to calm him and assure him he’s not a horrible person because she needs to keep herself safe. And then she carries the trembling with her when she goes.

Last night, as I sat down to journal after processing this five minute encounter nearly all day, I could feel the ache in my body and I knew that it was not from whiplash (the jolt was too minor) but from holding my body tense and alert throughout the encounter as I reacted instantaneously to what I needed to do to stay safe in that moment. It was also from holding a whole lifetime of such encounters in my body. I wrote “It’s still in my body. I can feel the shakiness, the tingling, the tight throat, and the tears that want to come but are blocked.”

Suddenly, a new thought appeared in my journal and every cell in my body knew the truth of it.

Women have learned to be the shock absorbers for men’s pain.

We are masterful at absorbing the intensity of it and diffusing it so that it won’t cause further damage.

This is the story of a childhood with a father who would never hit his children, but who would throw hammers at trees or tractors in his rage. It’s the story of a little girl who learned, from a young age, to jump up very quickly, if she heard him come in from the barn, to make sure there was food on the table so that she didn’t have to face his anger. It’s also the story of a woman who, at thirty-five and with children of her own, could still feel her body react in the same way when she heard the back door of the farmhouse open.

This is the story of a twenty-two year old, naked and trembling in her bed while the rapist held a tight grip on her throat and a blade over her head. It’s the story of how her mind raced, trying to find just the right thing to say that might soothe him enough so that he would do the least amount of damage. And it’s the story of how she sat with him on her bed for an hour after he raped her, listening to him tell stories of his childhood.

This is also the story of a wife and mother who learned to contort herself to absorb the pain, shame, anger, and insecurity of a man who needed someone else to blame, because she thought it was her job. It’s the story of how she learned to anticipate his mood the moment he stepped in the door, and how she did everything to fend off his darkness to keep her daughters safe. It’s also the story of how she woke up one day and realized she’d taught her daughters how to become shock absorbers too.

And this is the story of Dr. Anita Hill, Dr. Christine Blasey Ford, Tarana Burk, and every person with a #metoo story. Every single one of us has absorbed the pain of men who didn’t know how to diffuse it on their own.

We are exhausted. Our bodies have been nearly destroyed by the many shocks we’ve absorbed (and many HAVE been destroyed).

We don’t hate men, as those who would dismiss us as “angry feminists” might have us believe. Quite the contrary – we love them and we want better for them. And for us. And for our daughters and sons.

We simply want to stop being shock absorbers. We want men to learn how to diffuse their own pain without throwing it, like hand grenades, into someone else’s yard.

There is another five minute encounter with a man that happened shortly after the first one that helps to bring this into perspective. The dentist (a man) looked into my mouth and said. “It’s the crown that’s broken. We just put that in last year and it shouldn’t have broken, so we’ll take full responsibility for it and replace it. I’m really sorry about that.” Simple as that. No defensiveness, no deflection, no gaslighting or trying to convince me it was my fault. Simply taking responsibility for it.

THAT is what we are asking men to do. Just take responsibility and learn to deal with the shame and fear that might come along with that responsibility. Once that happens, we’ll stop talking about toxic masculinity.

P.S. If your response to this is “Why are you assuming this is a male/female thing? Couldn’t it as easily have been a female ranting and raving?”, my response is this… it is not purely a male/female thing, but it IS a power thing. In that situation, as a man, he has more physical and cultural power and so my instinctive reaction to him was about knowing (and remembering in my body) that he could hurt me. And, though I can’t speak for him, I suspect that some of his behaviour was about knowing I would absorb it rather than punch him first. I believe this is also the case with BIPOC people who have learned to be the shock absorbers for the pain that we as white people have not learned to process. The person with more power is more likely to assume that the person with less will absorb it. The closer you are to the top of a hill, the more you can afford to throw hand grenades.