Daring to peer into the shadows: What to do when your own darkness is revealed 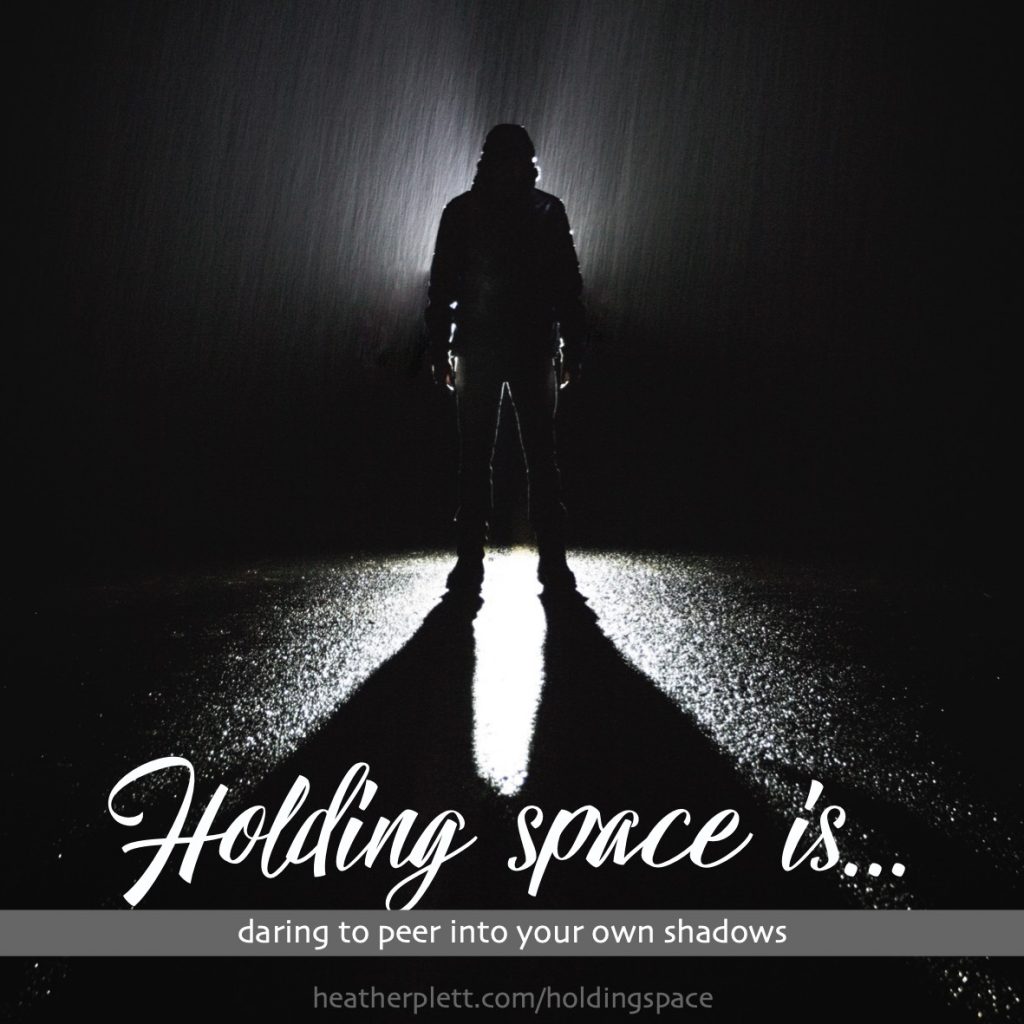 There’s a labyrinth on Whidbey Island that is encircled by tall trees that cast shadows across the path. As you walk the labyrinth, you step from light into shadow and back again. It’s a great metaphor for life.

A few weeks ago, I stepped into the shadow.

Just before it happened, I said to a friend “before my business grows to the next level, I have a feeling that I need to look deeper into the fears and shadows that are coming up.” Apparently, the universe heard that as a challenge, because since then, it has offered me non-stop opportunities to wrestle with the very fabric of who I am. I have more shadows than I ever knew!

It’s been one thing after another:

When I put it all down into a list like this, I think “Wow! I really went through all of that in just two weeks! It’s a wonder I’m not lying in my bed quivering!” But I’m really not a mess. At this point (though it doesn’t feel like I’m completely back into the light portion of the path yet) I feel strong and clear and even more solidly committed to this work and how I show up in the world.

It never feels like the fun part of the path when the shadow comes, but I’ve been through enough of the loops of the labyrinth to recognize the value of it. As Mary Oliver said, “Someone I loved once gave me a box full of darkness. It took me years to understand that this too, was a gift.”

When we receive the gifts of the shadows, though, we have to be intentional about how we unwrap them. Though the initial reaction may be to reject those “gifts”, protect ourselves from them, and/or project them onto someone else like weapons, we are much better served when we slow down, let our eyes adjust, and then lean into the darkness.

Here are the imperfect things I’ve been doing that help me receive these gifts:

I look forward to stepping out of the shadows and back into the light. When I do so, it will be with a strengthened sense of self and a stronger psychic membrane to protect and nurture me.