It may not be World Cup, but…

With tonight’s final game (a nail-biter resulting in Julie’s team emerging victorious), soccer season ends until September. Next week will find us twiddling our thumbs, not knowing what to do with all the free evenings. Perhaps we’ll set up our lawn chairs on the edge of a soccer field anyway, just out of force of habit.

It’s been an incredible season – no missed games because of bad weather. Only a few at the beginning were too cold to be pleasant, but mostly it’s been a delightful way to spend the evenings.

So now, because I know you’re dying to see them in uniform, I give you THE SOCCER PICTURES….

First of all, Nikki, who’s wearing #7 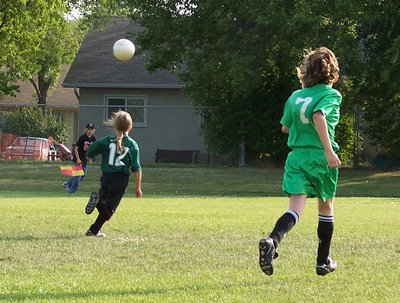 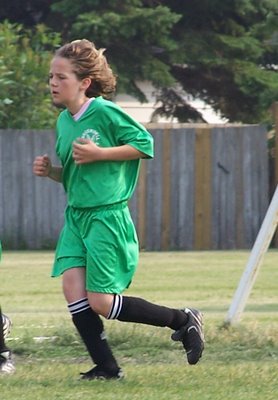 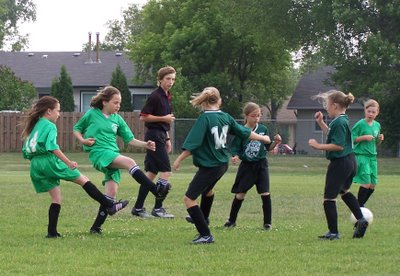 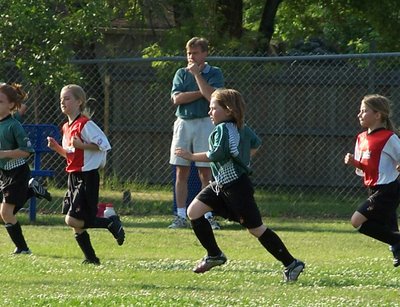 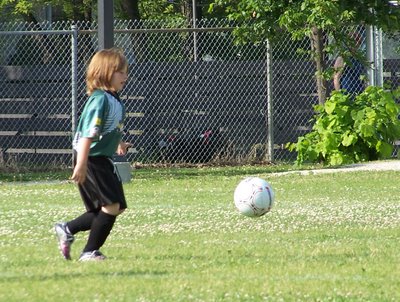 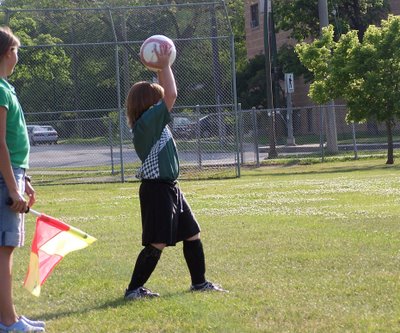 And because he got in on the action too, here’s a pic of Coach Daddy with his favourite team-member and with his coaching partners (note the stylish coach attire – I made them all photo shirts with the team pic on it). 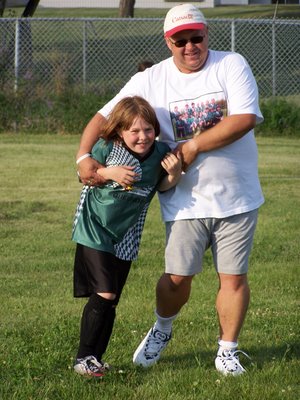 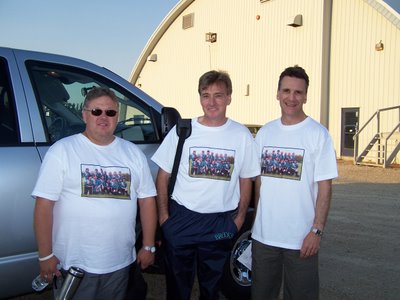 If I were handing out end-of-season team awards, I would give Julie “most improved player” (she got quite aggressive toward the end there!) and Nikki “strongest kicker” (yikes! I’d be scared to get in front of that powerful leg of hers!). Oh, and Daddy and his coaching buddies – “most valuable coaches” (they made an awesome team)!