For three and a half years now, I’ve been sleeping with a university student. Scandalous, eh? What’s a mature woman like me doing hopping into bed with a student? It gets worse… that student fathered my children! And I’m not the least bit ashamed of this love affair. 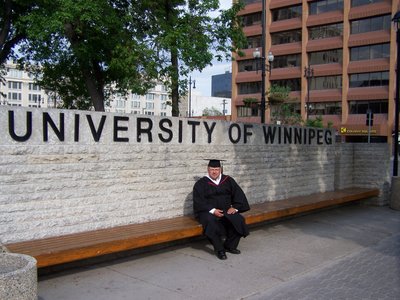 Well, the truth is, this particular student is one year older than me, and today, he is a graduate. Yes, I’m married to him, so no, it’s not an illicit affair. He is my beloved. I’ve been married to him for nearly thirteen years, and I intend to stay married to him for a whole lot longer. 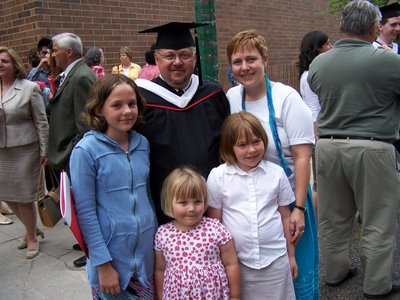 To the average observer, this might seem like just an ordinary graduation, ending with a Bachelor of Arts degree with a major in History. But let me tell you, this is no ordinary graduation. Few people attend their first graduation at forty-one years of age – with a GPA of 3.2.

But that’s not all… this graduation represents so much more than three and a half years in school. This graduation represents a great victory. Victory over so many demons of the past. Demons of self doubt and fear. Demons of anxiety disorder and depression. Demons that made him drop out of school before he made it to high school. Demons that made him try to end his own life.

I can hardly describe the wave of emotion I felt as he walked on stage and accepted his diploma. I am so incredibly proud of him – this man that I love so deeply. He’s living out his dream, and teaching his daughters that it’s never too late to “go for the gusto”. He is my hero, and I’ll keep sleeping with him for a long time, even if it means he’s a student for a few more years and I don’t get to retire yet. 🙂

I love you Buddy. 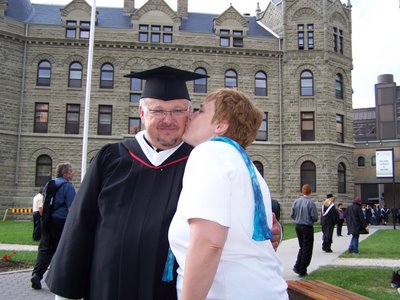