How do we help the men? 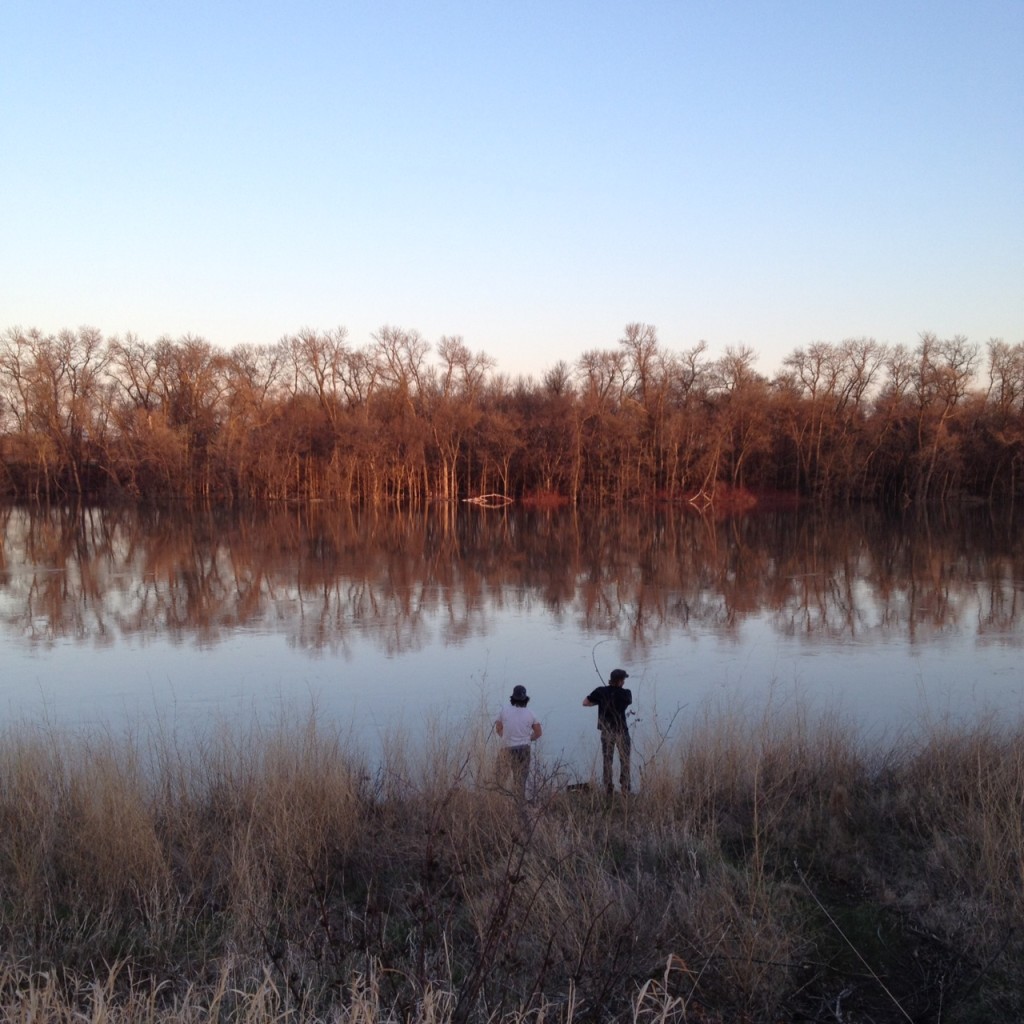 Three years ago, I read an article called Boys Don’t Cry, by Richard Rohr. Since then, I’ve been sharing it with nearly everyone I know who’s raising sons. The article speaks of the challenge men face in a patriarchal world…

After 20 years of working with men on retreats and rites of passage, in spiritual direction, and even in prison, it has sadly become clear to me how trapped the typical Western male feels. He is trapped inside, with almost no inner universe of deep meaning to heal him or guide him.
For centuries, males have been encouraged and rewarded for living an “outer” life of performances, which are usually framed in terms of win or lose. Just listen to boys talk—they have already imbibed it, and usually with the encouragement of both dad and mom. The world of sports, contests, American Idol, video games, and proving oneself is most males’ primary “myth,” through which he frames all reality.

Many news stories lately have demonstrated exactly what Rohr is talking about. Whether it’s the young men who raped Rehteah Parsons and the community that failed to support her, the owner of A&F who believes that girls need to be slim and boys need to be big and muscular, or the evangelical pastors who brag about their hot wives in leather pants, it’s clear that there are far too many men being raised with skewed views about what it means to be masculine.

Sadly, our young men are being socialized into a world that continues to believe that being masculine means that you have to dominate, you have to win in competition, you can’t show your fear or humanity, and you’re allowed to abuse other people now and then for your own gain.

Patriarchy has done as much harm to men as it’s done to women. In a world where boys don’t cry and the toughest football player is the biggest high school hero, young men grow up feeling shame over their weakness and their ordinary human feelings of fear and sadness. If they’re not as strong as society expects them to be, or if their interests are in the arts instead of sports and competition, they risk being labeled “gay” or “sissy”.

As this article suggests, men are in a “masculinity crisis” where their roles have changed, they’re pressured to live up to “pornified ideals”, they can’t show their emotions or be vulnerable, and they’re looked down on if they reach out for help.

In the three years since I read Richard Rohr’s article, there has been a question burning in the back of my mind… “how can we help the men?”

I do most of my work with women, and, in fact, my current byline is “helping women live and lead with courage, resilience, and authenticity”. I like working with women. It’s easy, it’s safe, and it feels like important work.  There are few places I feel more content than when I’m in a circle of women sharing stories and being vulnerable. Women are socialized for this kind of thing – building relationships, sharing stories, and being vulnerable with each other. Next weekend, for example, I’ll be hosting a women’s leadership retreat for 35 women, and I know that I will come home inspired and energized.

It’s important work… but I know that there is still some work that is whispering in the corners of my mind that has yet to be realized.

How do we help the men?

In the public relations classes I teach, I occasionally invite the students into circle to have sharing time, especially when some conflict has arisen in the group. I find it interesting that it is often the young men in the class who come to me afterward to tell me that they really appreciated the opportunity to be in circle and share how they’re feeling. They aren’t given these opportunities very often. I am pleased that, for two years in a row, the students in this class have chosen to work on a group campaign that speaks out against violence toward women and raises money for a local women’s shelter. This year’s campaign, Stand Up Winnipeg is about encouraging men to be stand-up men who challenge the stereotype and dare to care about ending violence toward women. Though they may be socialized to be “tough guys”, the young men in my class give me hope that there are those who have the courage to be themselves.

A few years ago, I was at a retreat where a circle of women gathered at the side of a beautiful lake in Ontario to learn about circle and storytelling from our wise guide, Christina Baldwin. Throughout the time we were there, our conversation was frequently punctuated by gunshots across the lake. Apparently it was hunting season.

It was a stark picture of how the socialization of the genders had resulted in such different activities on either side of the lake. On one side, women brought their vulnerability, tears, and stories into circle. We even built a labyrinth out of dried leaves to represent our journey to our deeper spirituality. On the other side, meanwhile, men were working out their aggression through the sport of shooting birds. Possibly the only conversations going on were about their choices of weapons and how successful they’d been in the hung. (Yes, I’m making a generalization for the cause of this article. It is not my intention to offend anyone with this, but to open a conversation.)

At some point in the weekend, I found myself thinking, “how do I row out to the middle of the lake to meet with the men?” That thought hasn’t left me since, even though I make most of my living working with women.

I feel an ongoing tug to find a way to meet with more men, to invite them into circle, to listen to their stories, to give them safe space for their hurts, to help them challenge the stereotypes, and to encourage them to be vulnerable. That doesn’t mean that I want them to deny them their masculinity – far from it – I simply want to help them find a balance, a yin and yang of masculine and feminine. If they need to end the circle time with a rousing game of floor hockey, or go back to the other side of the lake to find a duck for supper, they can do that.

The question is… how? How do we help them? How do we make safe space and then convince them to step into the space? How do we let them know that we’re not judging them, but we want to support them? How do we invite them into meaningful conversation that will serve ALL of us? I ask it because I really want to know… men and women who read this, please share your thoughts in the comments so that we can start a conversation.

While I consider what more can be done, I’ll continue to do what I’m doing in my classroom and wherever people will welcome me. I’ll push the chairs into circle, I’ll invite men in (along with the women), and I’ll do what I can to host their longing and their pain.

And some day, as someone suggested recently, I may create a version of Lead with Your Wild Heart for men.