How to create a beautiful retreat for leaders and emerging leaders 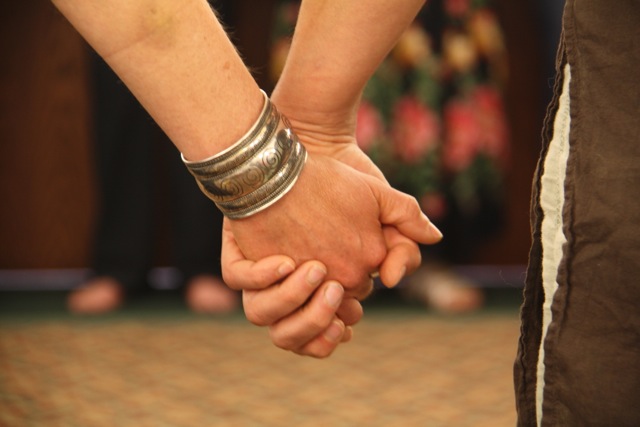 “I can’t imagine one single thing that could have improved upon this day.“ That was my Facebook status on the second day of the women’s leadership retreat I co-hosted this past weekend. Yes, it really was that good.

If you had asked me, three years ago when I was dreaming up my self-employment, what my perfect work would be, I would have described a weekend like this one. “Hosting a group of women in a beautiful place while we explore – independently and collectively – how we can use our gifts to make the world a better place,” is what I might have said, and that’s what I did this weekend. I am grateful for UNPAC, the organization on whose behalf I organized the retreat and was able to make it available to rural women in Manitoba.

What were the elements of this weekend that made it work? I don’t usually write “how to” posts, because they seem a little too simplistic for the depth of this work, but here’s a list of things that I believe are important elements for a retreat like the one I just hosted.

1. Start and end with a circle (and throw a little circle in the middle for good measure). This has become imperative in my work. A retreat like this has to include meaningful conversations and spaces for intimate relationships to happen. Those things don’t happen very easily in straight rows of chairs. At the start of the retreat, we gathered everyone into a large circle and one by one we shared the stories of what had brought us to that place. It’s a beautiful way to set the stage for the rest of the gathering. From the very start, this group of women was a community, and that happened because they spent the first evening looking into each other’s eyes. 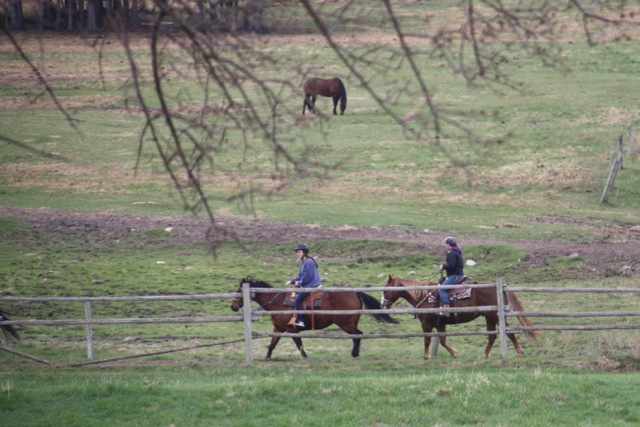 2. Gather in a beautiful place where you can connect with nature. There’s a very different energy that shows up when you meet in a space where nature is just outside the front door. Nature grounds us and makes us feel more deeply connected. I once tried to plan a retreat in a downtown hotel, and I had to cancel the plans (and do a lot of scrambling for alternate arrangements) because I had to trust my gut feeling that the space just wasn’t conducive to the kind of intimacy and connection I wanted to host. As a host who gives a lot of her energy away in a retreat (and even when I’m a participant), I know that I have to find opportunities to wander in nature in between sessions or I have a hard time staying present and awake. This past weekend, I found an hour to wander in the woods and was delighted when I came across a beaver munching on a twig at the edge of a marsh. I later learned that a beaver totem represents the building of community. 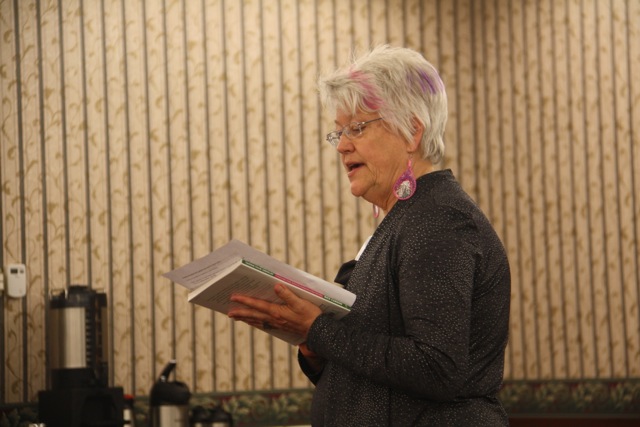 3. Give participants opportunities to share their gifts. Because this was a retreat meant to foster leadership in the participants, we invited the women to make offerings to the group in whatever their giftedness was. On Saturday afternoon, we had a series of 10 minute talks given by anyone who had interesting ideas or projects they wanted to share, and then we had three simultaneous creative workshops where participants introduced other participants to new skills and ideas such as painting, creative writing, and The Way of the Heart. In addition, we had a laughter yoga session, an Irish dancing session in the parking lot, a drum circle, and offerings of reiki, energy healing, poetry, etc – all generously offered by retreat participants. Not only did it make the retreat more interesting and fun to include these things, it gave those making the offerings a safe place to practice some of the things they love to teach or do for other people. The fact that everyone’s gifts were accepted and valued strengthened the sense of community at the gathering. 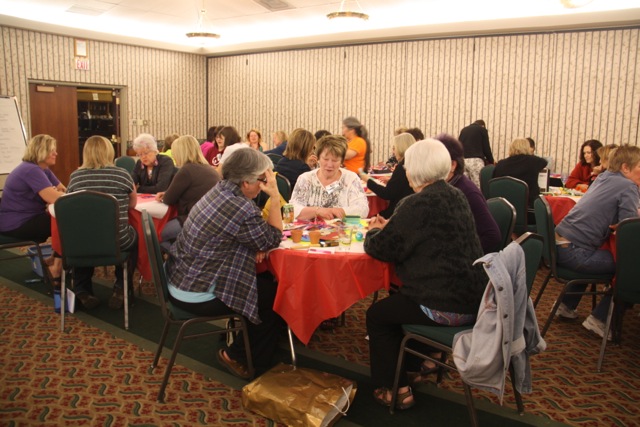 4. Share the hosting responsibilities. The more I learn about community and the Art of Hosting, the more I recognize the importance of having more than one host for a gathering such as this one. When there is only one host or one person who’s seen as the “expert” in the room, then not only does that person have to carry a lot of weight on their shoulders, but there is much more risk of the ego getting in the way There is also less of a chance that genuine community will be formed. A single person (especially one who’s seen as the expert) at the top is a hierarchical model that makes participants feel like their own wisdom is less valued and they are therefore less inclined to bring their own gifts to the gathering. In addition, that single person can begin to feel that whatever goes right or wrong is their responsibility. Finding someone with whom you are comfortable working and who is practiced at keeping their ego out of their work is priceless. I was grateful to work with my colleague Lori at this retreat. 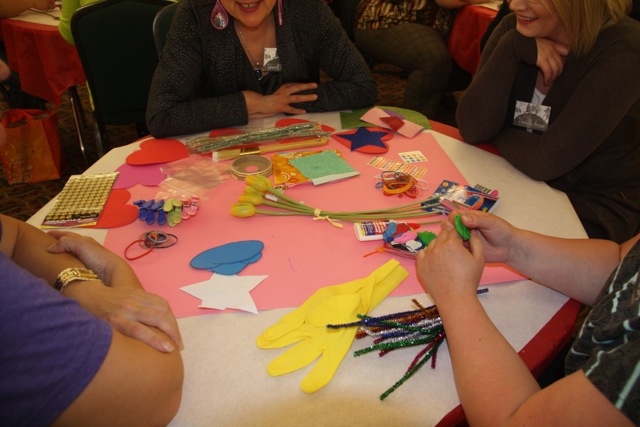 5. Take a holistic approach to creating variety in the itinerary. We all learn and engage differently, and so it is critical to bring in a variety of ways of engaging with the content of the retreat. We spent a lot of time in circle and small group sessions, but we also watched a couple of videos, did a hands-on creative expression workshop in which we built community out of random materials, spent some quiet time journaling, etc. We also made sure there was time for body engagement through laughter yoga and Irish dancing. And in the evening, we gathered around the fire for laughter and storytelling. 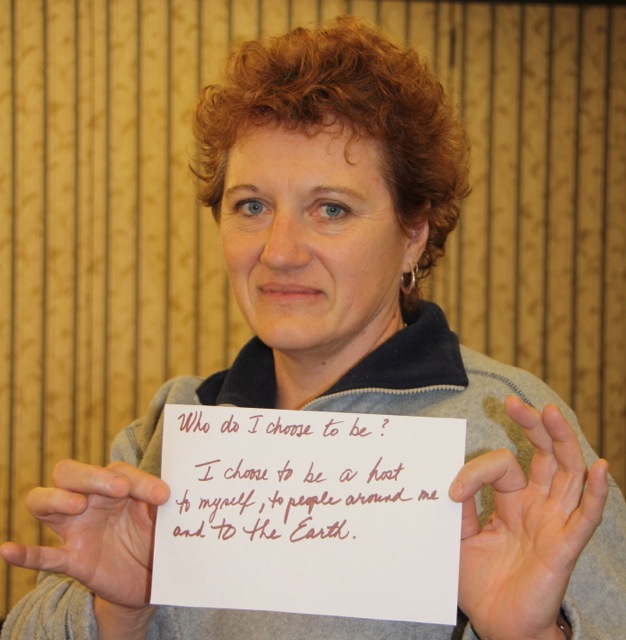 6. Move people toward real and doable action. Connection, storytelling, and learning are important building blocks, but to foster leadership in people, and to encourage real action to take place after they leave the session, it’s important to spend some time imagining what steps they can take to integrate the learning. In the Art of Hosting work, there’s a great process called Pro-Action Cafe in which individuals are invited to step forward with their ideas for projects, businesses, community action, etc., and they receive the gift of supportive conversation around their idea. At the end of our retreat, eight people walked away with more concrete ideas and networks that will support their work going forward. In addition to this, after watching a short Meg Wheatley video from the Women’s Leadership Kit, each person was invited to write their answer to the following question on a card: “Who do you choose to be for this world?” 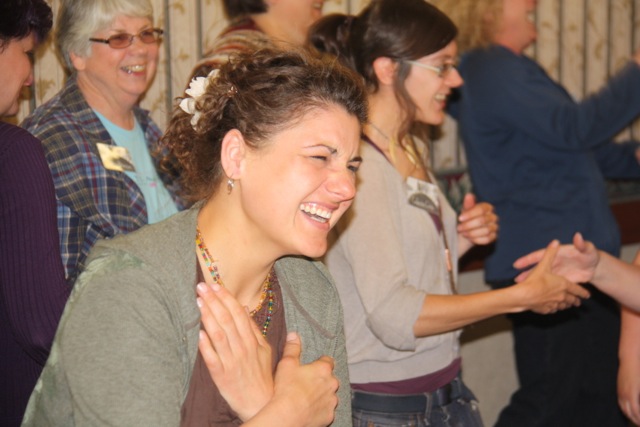 7. Plan fun into the agenda. This is pretty self-explanatory, and yet we sometimes forget to do it when we’re trying to cram a lot of meaningful content into our gatherings. People can’t integrate deep learning into their lives unless they have a chance to balance that depth with times of play and release. One of the women brought a large community drum to the gathering, and in the evening, she taught us some drum songs and some of us drummed while others danced. It is incredibly cathartic to pound a large community drum with as much vigour as she invited us to do! After the drum circle, we headed outside to huddle around the fire and share some deep belly laughs. 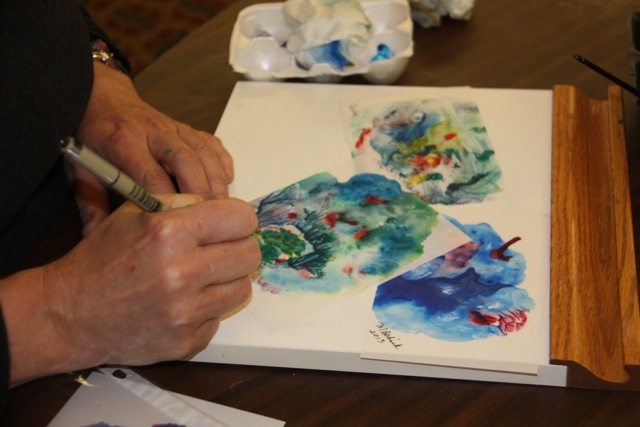 8. Give people something to do with their hands. I think it is especially true for women (and some men, but I don’t think it’s quite as universal) that we enjoy processing our thoughts and we have an easier time entering into conversation if we have something to keep our hands engaged.  I’ve always encouraged people to doodle, because there’s good evidence that suggests that doodlers retain more information than non-doodlers. At this retreat (and others I’ve done), people were invited to work on quilt squares that represent Manitoba women’s stories. We’ll sew the pieces into a large quilt and it will make its way across our province, spending time in small town art galleries, coffee shops, and women’s resource centres. 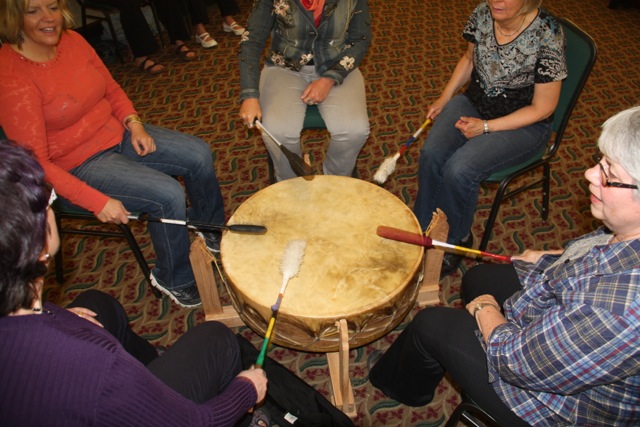 9. Remember the little things, but be prepared to let some of those little things go. I love to add little touches to retreats (like a colourful tablecloth on the table at the centre of the circle, a beautiful candle, decorated name tags, small gifts for participants, etc.), and I know they add special touches to the event, but I’ve also had to learn to let those little things go when they don’t work out the way I’d hoped. I’d hoped to offer childcare at this retreat (because UNPAC’s work is about removing barriers for women), but we stretched our budget too far and that didn’t work out. Also, I’d bought beaded bracelets to give everyone at the end, and then found those bracelets when we were cleaning up and most people had left for home. The childcare worked out in a way I hadn’t expected and I’m pretty sure nobody went home upset that they didn’t get a gift at the end.

10. Trust that the right people will show up. This retreat filled up remarkably quickly with very little promotion, but it doesn’t always happen that way. Some of the things I’ve offered have been equally beautiful, but have only attracted a few people. It’s taken a fair amount of personal work, but I can honestly say that I’ve (mostly) learned to let go of my ego-attachment and expectations as far as numbers are concerned. If only a few people show up, they’re the right people. If lots of people show up, they’re the right people. This particular gathering attracted an amazing large circle of women and I can’t imagine a better combination of people sharing a weekend, but if only a handful had shown up, it could have been equally meaningful.