Open to the grace, the gift, and the grief 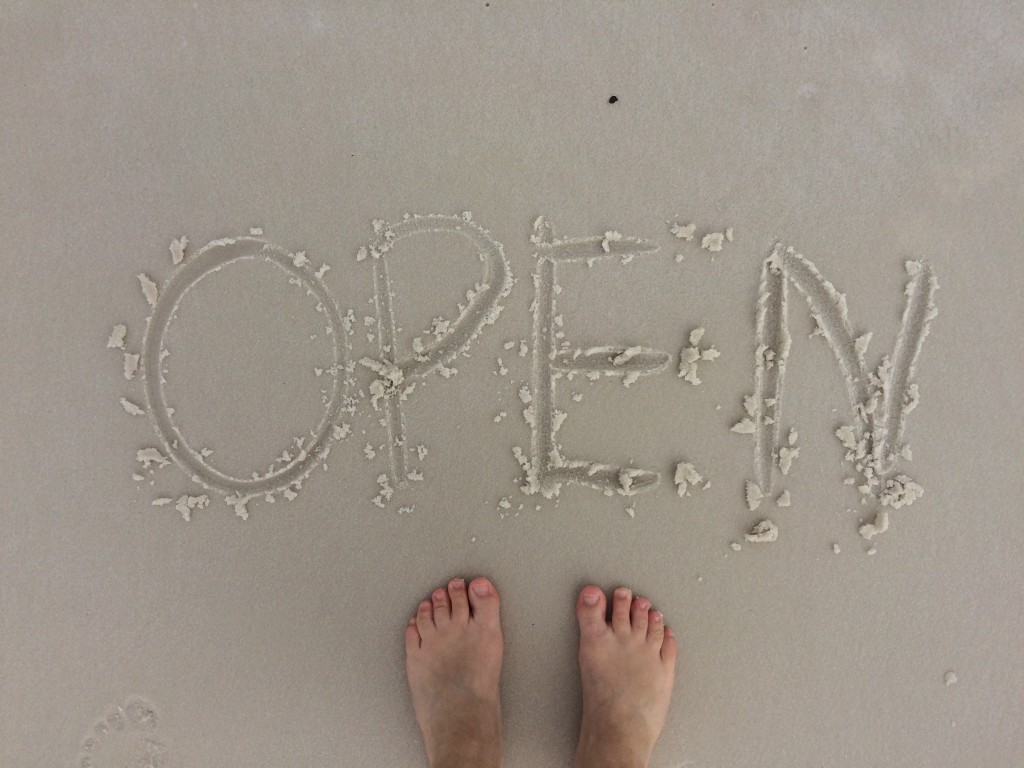 I am writing from the shores of the Gulf of Mexico. I’ve come here with my family of origin – my three siblings, their spouses, and all of our children. I’m currently sitting on the patio of the large house we rented, just feet away from the pool. I can hear the waves crashing on the shore on the other side of the fence.

Three years ago, Christmas, for our family, was a painful time. We’d lost Mom only a month before and we were all raw and wounded and the festivities all around us were like slaps in the face every time we left the house.

We’re less raw this year, but the grief is never fully gone.

After Mom died, we decided to use the small inheritance that was left, after all of the expenses were paid, for a family vacation. We started dreaming of a week in the sun together… and then we got walloped all over again when my oldest brother was diagnosed with cancer only six months after it took Mom.

The next sixteen months were again mixed with the same highs and lows we’d been through with Mom’s cancer. Sometimes we dared to hope Brad would survive, and sometimes we were almost certain he wouldn’t. In August of last year, when the cancer showed itself to have survived two surgeries and mutliple chemo treatments, the doctors said there was no longer any point in prolonging treatment. We tried to prepare ourselves for another loss. Expecting we would have him with us for no more than 3 months, the four siblings considered going on a smaller version of the family trip we’d imagined – just the four of us making one last attempt to have fun in an interesting location before our numbers shrunk.

But then, the pendulum swung back in the other direction. The doctors decided it was worth making one more attempt at saving his life, so they cut him open again, extracted more cancer, and hoped for the best. That was shortly before last Christmas. We spent that season in subdued hope that he would stay with us and that we’d have more holiday seasons together. His energy was low, and he couldn’t travel, so the rest of us drove across the prairies to be with him instead of the other way around.

Over the course of the year, things continued to improve, and his remission continues. For now. Today is what we have, so today is what we will celebrate.

This week, we took that celebration to the shores of the Gulf. Three years after she died, we finally unwrapped Mom’s final gift. 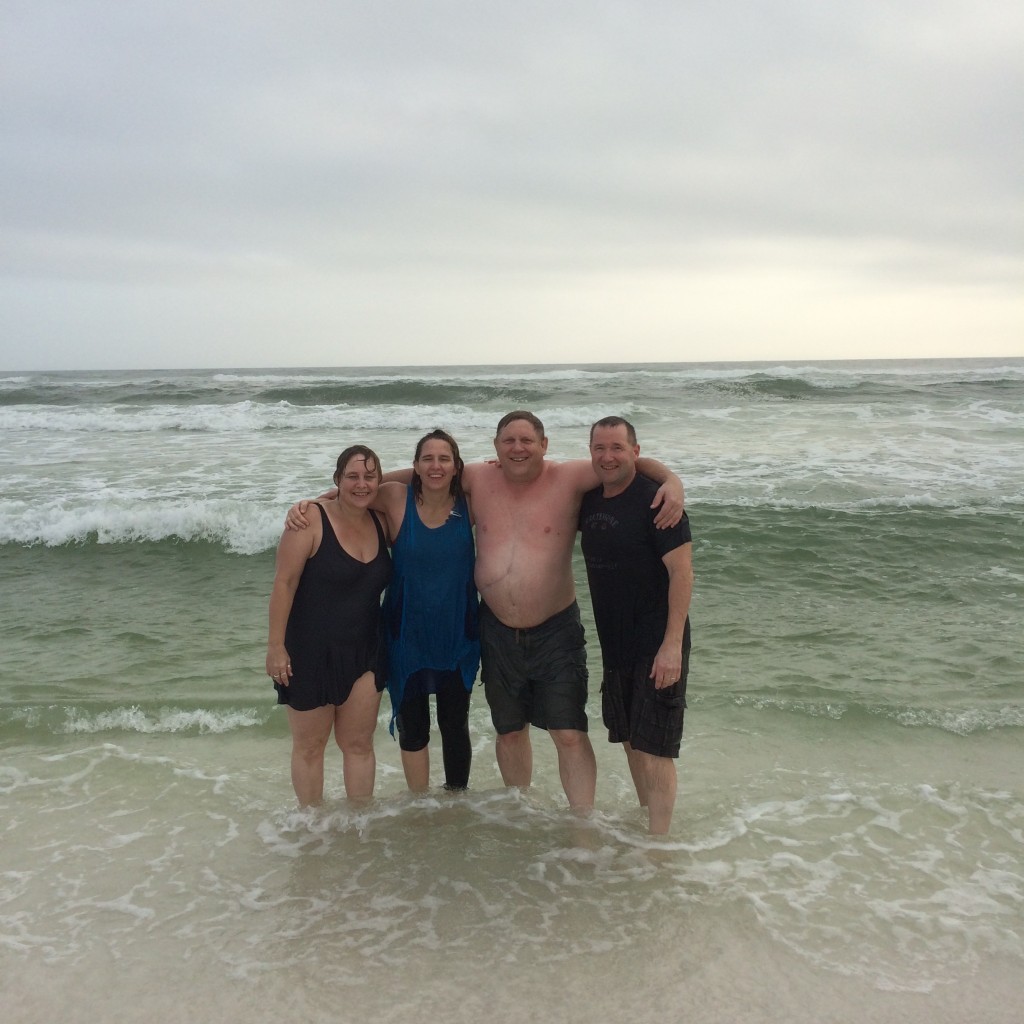 On Christmas Day, the four of us spent all afternoon playing like children in the giant waves. Spouses and children joined us for awhile, but the four of us stayed in the water by far the longest. We relished every wave and held every burst of laughter like a sacred jewel. Some waves tossed us to the ground, some buried us and left us gasping for air, and some let us simply roll gently over the top. Long after we were so weary we could barely stand, we played and laughed, hanging onto every moment as though it were our last.

At one point, in a short lull between waves, one of us remarked that this moment represented all that was left of the tiny pittance of money mom and dad had left after all of their years of toiling on the farm. Farming was hard on all of us, and in the end it killed our dad, but it also gave us many incredible gifts, including this moment.

This trip has been both grace and gift in the middle of all of our shared grief.

And that is the way of life. We walk through grief and then we step into grace, over and over again. There are moments of profound loss, and moments of ache and betrayal, and then there are moments when we play for hours in the waves with three of our favourite people in the world.

Earlier this week, on a long solitary walk on the beach, I was contemplating what my word for 2016 would be. Unlike a resolution, I consider my word for the year like an invitation or intention – something that helps me stay open for my own longings and the gifts that come my way.

The word that came to me was OPEN.

I want to live 2016 with an open heart. I want to be open to the gifts, the grace, and the grief. I want to open myself to new relationships, new experiences, and new learning opportunities. 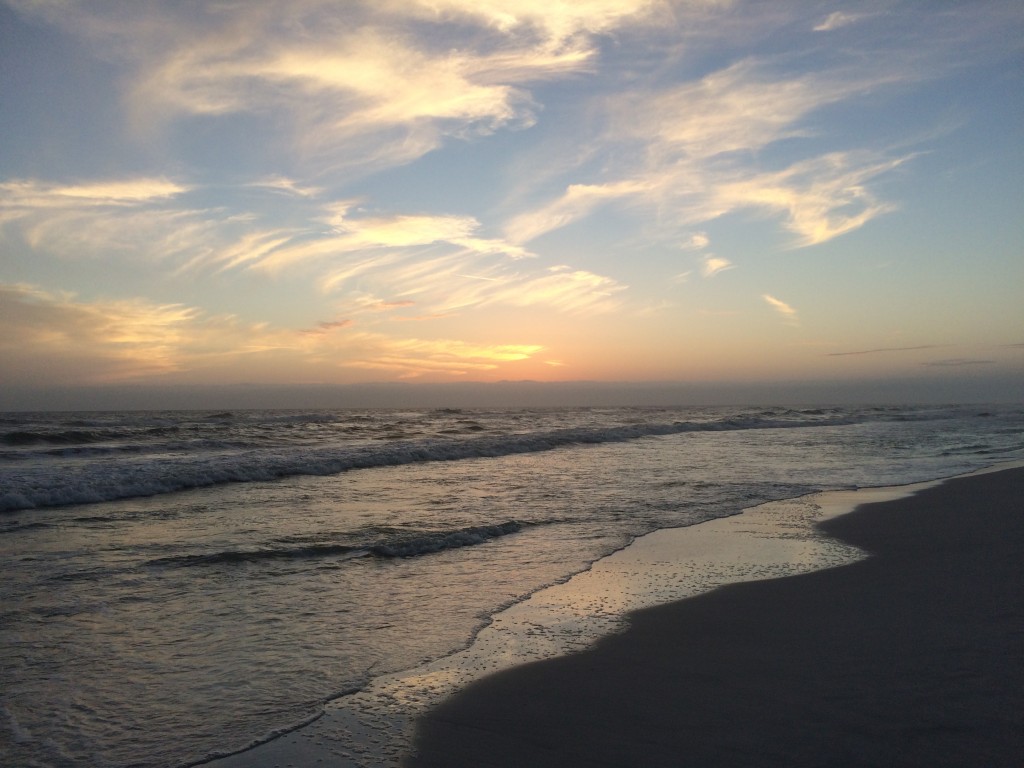 I want to stay open the way I felt out there on the waves – surrendering to whatever gift each one brought – riding those that were gentle, rising up again after those that were not, and always laughing and hanging onto to those people who matter.

Soon we will begin to return to our various homes. We may have another chance to play together like this, or we may not. Only God knows our future. But in the meantime, we have this moment, and in this moment I make a conscious choice to remain open.

Note: If you want to choose a word for 2016, or if you want to reflect on the gifts, grace, and grief that 2015 has brought your way, there are mandala exercises for that purpose in A Soulful Year: A mandala planner for ending one year and welcoming the next.