Waking up is hard to do 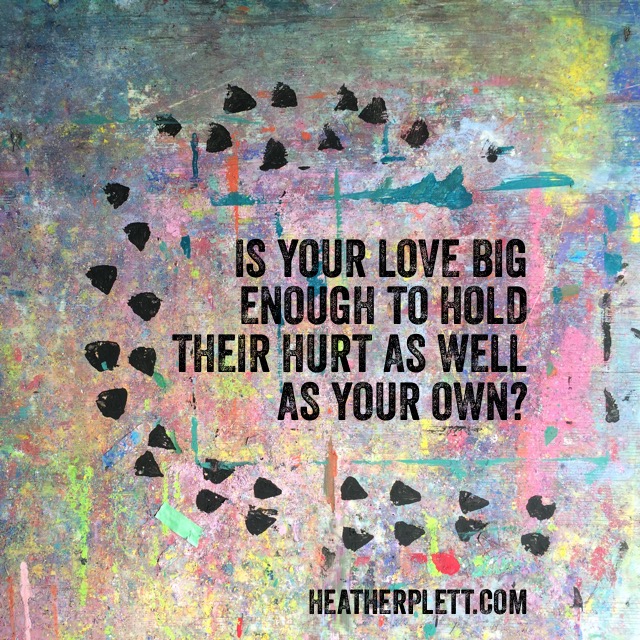 Waking up is hard to do.

First, you wake up to your own oppression,
to the ways you’ve been silenced,
to the many little stories you carry about why
your words are worth less than those who
benefit most from the old story.

You wake up to the truth that
your view of yourself wasn’t only constructed by you.
It was shaped for a purpose – to keep you small,
to keep you silent.

Then you wake up to your own anger,
to the fierce determination not to obey,
not to listen to the stories,
not to stay small.

But then, one day later on,
after you’ve learned to speak,
there’s another awakening.
You wake up to the fact that
your frustration taught you to adapt rather than to rise above.
You shape-shifted to be more like them,
to work in their hallways of power,
to survive in a world that didn’t want your voice.
You became one of them to be heard by them.

This waking up is the hardest,
and you want to ignore it,
to resist it, to deny what you now see.
You want to return to your own narrative,
to your own uprising,
because in that you can feel victorious and liberated.
In that, you don’t have to face the truth
that maybe you, even you, are holding the keys
to someone else’s chains.

But finally, you can deny it no longer.
Your awakened eyes see that you are only truly free
if they are free too.

And so you wake up,
and you face the hard truths.
And you feel the hurt
when your micro-aggressions,
and white fragility are pointed out.
And you do the hard work to peer with unwavering eyes
on yourself,
and to see both the shadow and the light,
and the space in between.

And when you are awake,
you begin to see it all,
and you can’t look away.
And finally you see,
that when you are truly awake
and truly honest about your place in the world,
it is no longer threatening to stand by those
who are also waking up.