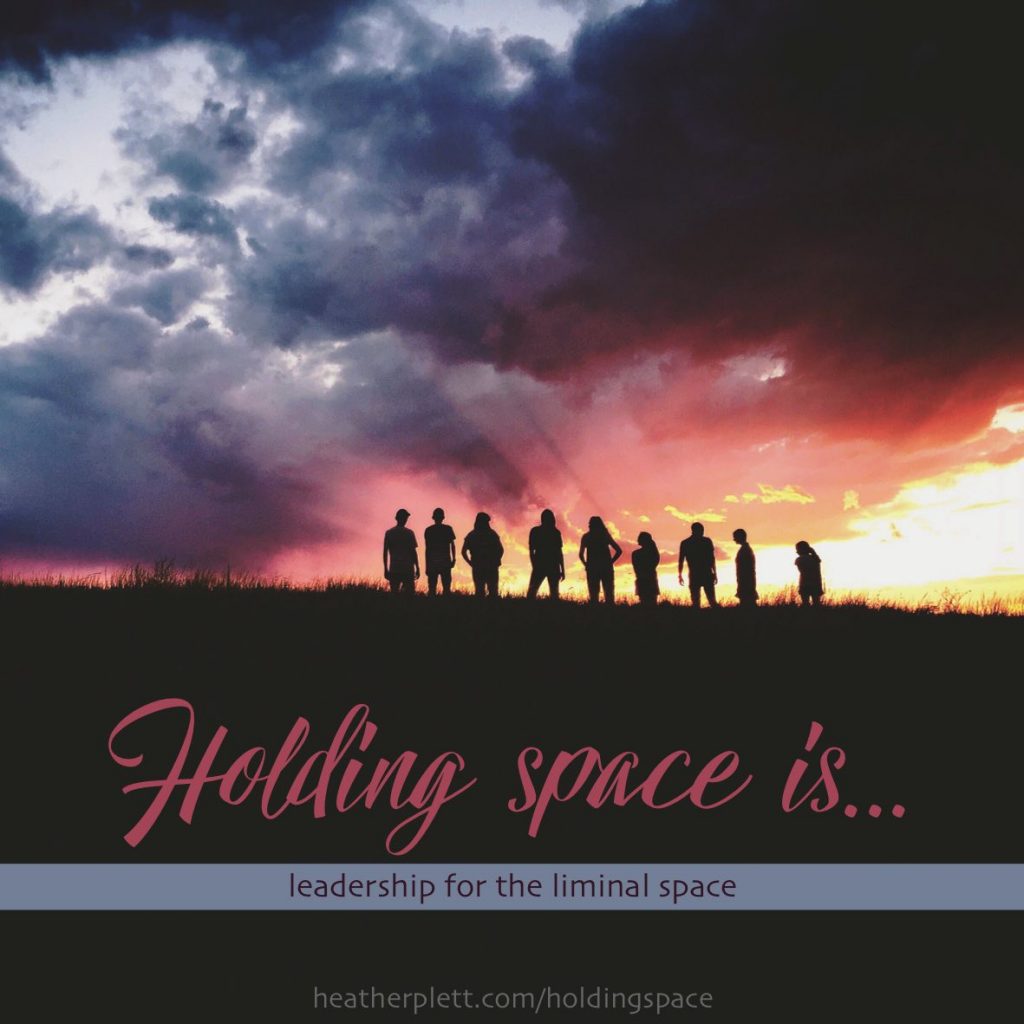 “I don’t think of myself as a leader.” I hear that statement often from my clients and I understand it – I used to say the same thing myself. It wasn’t until a special mentor/boss took me aside and told me that she saw leadership ability in me and then offered me my first leadership position that I first started to recognize that I had capacity to lead.

One of the reasons that the people I work with don’t see themselves as leaders is because they equate leadership with authoritarianism. In their experience, a leader is in control, has more knowledge than those they lead, provides solutions to all of the problems, and makes all of the tough decisions. In an authoritarian model, the leader has “power over” their subordinates and is expected to be the authority on all things. While that form of leadership may be desirable for some people (especially those who feel fearful about their safety) and may be necessary in some situations (when children are small and need to be kept safe, or when a country is at war), it can easily become destructive and disempowering.

Anyone who’s attracted to what I teach about holding space is not inclined to seek out or emulate that kind of authoritative power and has likely witnessed its destruction, and so they steer clear of the mantle of leadership.

Instead of steering clear of it though, I’d like us to consider an alternative model that fits us better and that I believe is badly needed in the world today. I’d like to invite us to consider what it means for a leader to have “power with”.

Whenever I talk about leadership, I usually end up back at the place where I started, twenty years ago, when I first started to explore what it meant to be a leader. The first three books that really landed for me and helped me define the kind of leader I wanted to be were Turning to One Another: Simple Conversations to Restore Hope to the Future, by Meg Wheatley; The Authentic Leader: It’s about Presence, not Position, by David Irvine; and Calling the Circle: The First and Future Council, by Christina Baldwin. I read a lot of other leadership books (and some of them are listed on my Books & Resourcespage), but these three helped me ground myself in the leadership model that felt most authentic and intuitive for me rather than the one that I saw reflected in the world around me.

These books made leadership feel possible because they were about leading from a place of humility and authenticity rather than authority and control. I didn’t have to be invincible or unflappable to be a leader – I could bring my flaws, my insecurity, and my humanity into the role. I could step into it with curiosity and openness and I could rely on those I lead to bring their skills to the table where mine were lacking.

These three books taught me that a leader:

Meg Wheatley says that “a leader is anyone willing to help, anyone who sees something that needs to change and takes the first steps to influence that situation.”  In other words, we don’t need to wait until we’ve been given leadership positions in order to lead – we simply have to notice the need and step in to offer what we can to help fill it.

If we alter our definition of leadership to this more collaborative model, what are the most essential competencies and qualities that a leader needs to foster? Here are some of my thoughts (in no particular order):

This is only a partial list, and I can think of others (like the ability to build strength in diversity, for example), but this is, at least, a start in exploring what kind of leadership we need for times like these. I wonder how the world might change if we seek to be, to follow, and to elect leaders like these.