Punishment, Performance, and Perfectionism – all rooted in systems of trauma 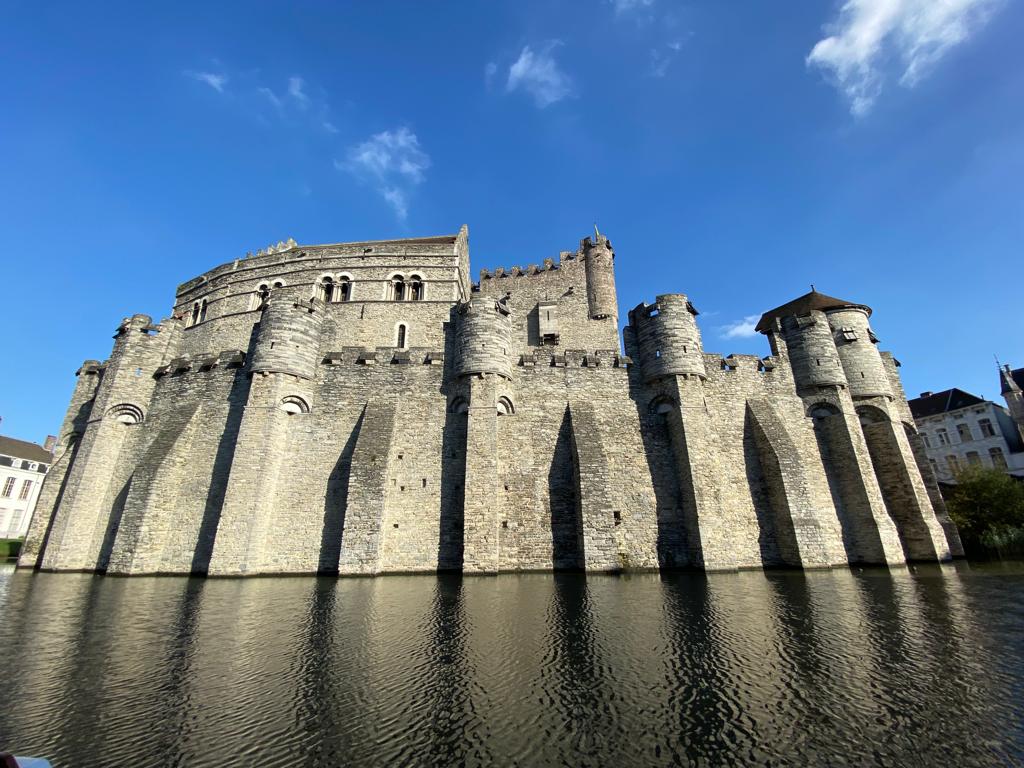 The more I understand trauma, the less I am okay with the dismissal and/or glorification of where it originated.

I toured a medieval castle this morning. As I walked from room to room, in this massive stone structure that has stood for 900 years, I listened to the voice of the man on the earpiece telling me stories of the history of the place. “This is where they lowered people into the dungeon. Then, from this hole, they would dangle meat over the prisoners and yank it back when the prisoners reached for it.” “This is where people waited to find out what punishment they would receive for their crimes. Would they lose a hand or a foot, or would they have a screw put through their tongue?” “Down these stairs is the torture chamber. You can use your imagination to figure out what form of torture each of the things hanging from the walls was used for.”

The narrator seemed to relish the many stories of torture those walls held. In between stories of torture and punishment were stories of how the castle had been defended against the enemy. “Those gaps along the wall are where they would drop stones or pour hot oil on anyone trying to scale the walls.”

It was all a bit much. Sometimes I had to skip through sections of the recording, or turn away from the pictures or objects hung on display.

Ever since I started researching my own lineage on European soil, I have not been able to take lightly the ways in which people have been tortured here. In the 14th and 15th centuries, not far from this castle, my ancestors were being tortured for their beliefs by the dominant churches (Roman Catholic and Dutch Reform). A few years ago, I spent hours reading through the accounts in Martyrs Mirror about the many ways Mennonites were punished and/or killed – tongue screws, burning at the stake, drowning, etc. I am alive today because at least some of my ancestors were able to escape, first to Russia and then to North America.

We can laugh about the stories and treat them as entertainment, as the narrator enjoyed doing, but then we overlook the fact that these stories still live in our bodies and the trauma inherent in them still shapes our cultures, centuries later.

Resmaa Menakem wrote about this in his book, My Grandmother’s Hands. Much of the trauma that lives in white bodies, he says, has its origins in the brutality of Medieval Europe. Bodies still carrying memories of torture brought that trauma with them to the lands they colonized and they passed that trauma on to brown and black bodies. Out of that, colonization, white supremacy and slavery grew, because traumatized bodies traumatize other bodies and then they create systems to carry on that legacy. Now here we are, with cultures that are still trying to heal and transform the ancient trauma embedded in our inhumane systems.

Once you see the through-line, it’s so easy to see the ancient trauma and mistreatment of bodies in nearly every system that exists. It’s embedded in what we euphemistically call our “justice system” which is really a system of judgement and punishment. It’s in our attachment to prison systems and policing. It’s in our education systems, healthcare systems and religious systems. It’s in the way we punish trans bodies, fat bodies and queer bodies. It’s in cancel culture on social media. It’s in our perfectionism and the punitive ways we treat ourselves and each other when we fumble.

We are not as far away from the days of excessive torture as we like to think we are. Our cultures are not as gentle as we pretend they are, especially where marginalized people are concerned.

The narrator at the castle didn’t see it that way, though. “We are no longer as vigilant as our medieval ancestors had to be,” he said, again with a chuckle under his breath. “Imagine walking past a wall like this and having to pay attention to whether a stone might be dropped on your head. Now the only thing I need to be vigilant about is whether the yoghurt in my fridge has expired. Last week I had to throw some out because it was a day past expiration.”

I am here in Europe on what I’m calling my liberation and tenderness tour because I want to be intentional about healing this kind of trauma embedded in my body and lineage and I want to divest myself of the systems that continue to pass it from body to body. Instead of punishment, performance, and perfectionism, I am embracing tenderness, rest, and imperfection. It’s much more that self-care – it’s disruption and resistance.

Walking out of the castle this morning, I stood in the sunlight and paused for a moment to shake the trauma out of my body. I couldn’t help but wonder… how do we build monuments of tenderness that help offset the balance of these castles where the glorification of our generational trauma is on full display for the sake of entertainment? Or, at the very least, how do we create re-entry portals through which to pass when we’ve been to historic sites where torture was part of the narrative? At the Canadian Human Rights Museum in my hometown, they’ve built a garden of contemplation where you can sit quietly to regain your humanity after witnessing so much inhumanity – perhaps we need more of that. But honestly? I think we need far more.

One answer to my question came when I crossed the street into the town square to wait for the tram. At my feet was a sign etched into the concrete: “These streetlights are connected to the maternity hospitals in the city. Every time the lights slowly flash, a new baby has been born.” Aaahhh… new babies have a way of bringing my tenderness back. I appreciate the collective care and celebration embedded in the act of notifying the community with flashing lights.

I think, on this journey of liberation and tenderness, that I will seek out more places like that – where new life is being honoured with flashes of light – and fewer places where objects of torture are fodder for entertainment. I believe that we must remember the inhumanity, the way we do in human rights museums, for example, but I don’t believe we should ever make light of it or forget that it still lives in our bodies and our systems. More than anything, we should work to heal it and disrupt it so that we pass less and less of it on to the generations that come after us.