If you build it, they might not come: How to be resilient in the face of rejection 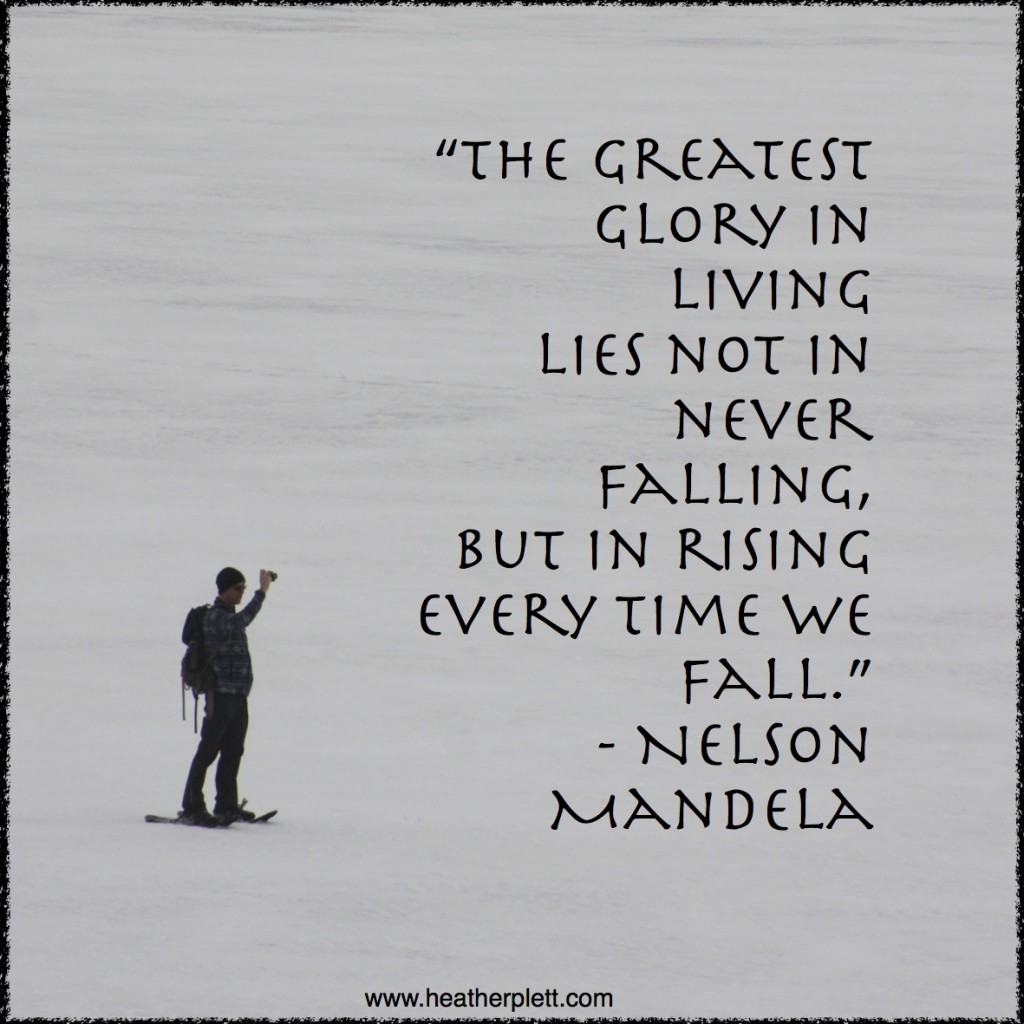 You’ve taken a big plunge, stepped into something scary, followed your heart, and made a big sacrifice. Now you desperately want to believe what Kevin Costner in Field of Dreams lead you to believe… “if you build it, they will come.”

But… when you put yourself out there and do that BIG SCARY THING (promote a workshop you’ve been longing to teach, apply for the job you are convinced is right for you, launch a new website, create a work of art, etc., etc.), well…

Nobody registers for your workshop. The job is offered to someone else. The story you sent to a magazine is rejected. And your mom is the only one who watches your new Youtube video. (Twice, because she didn’t understand it the first time.)

What do you do next? Exactly what every other human being on the planet has done in the face of rejection… You second-guess yourself. Maybe you followed the wrong dream. Maybe you built the wrong “it”. Maybe you’re delusional. Maybe you’re not as talented as your mom thinks you are. Maybe you wasted all of your money on art classes that were useless. Maybe you’re just destined for failure. Maybe you should just be satisfied with a job at MacDonalds because you’ll never amount to anything else.

Rejection is part of the journey.

You know all those “overnight success” stories you’ve been reading on the internet that have  convinced you that following your dream should be easy and your path to riches should be smooth? They’re not telling you a story that’s worth paying attention to.

The stories you need to pay attention to are the ones where people poured their blood, sweat, and tears into something, stumbled repeatedly, learned a lot of valuable lessons in the stumbling, got back up and tried again, had a small success, stumbled again, had a bit more success, stumbled some more, and finally got to a place where their herculean effort paid off and there was a little ease. Then, just when things got easy, it was time for them to step into something bigger, and… guess what? They stumbled again.

A dream won’t get you where you want to go without resilience as its companion.

A dream is only half the story.

Dealing with rejection is not the kind of expertise I was planning to develop when I started this journey, but it happened anyway. For every article I’ve had published, I’ve received half a dozen rejection letters. For every workshop I’ve successfully hosted, I’ve canceled two because of low registration. For every e-course I’ve taught, I’ve dropped at least one that few people showed interest in. For every public speaking gig I’ve gotten, I’ve been turned down for two proposals I submitted.

Is it getting easier? Yes it is. I don’t face nearly as much rejection anymore and people are beginning to seek me out now more and more often. But that didn’t happen until I’d put in my time building relationships, taking chances, and picking myself up after failure.

If you’re not prepared to fail, then you’d better not take a risk. Stay safe. Tuck your dreams away. And live a mediocre life.

If – on the other hand – you can’t live with yourself unless you follow the nudging that’s keeping you awake at night, then get ready to fail, and get ready to pick yourself up off the ground and try again.

Here’s what I’ve learned about how to get through the rejection.

1. First, let yourself feel the sting of it. There’s no point in denying that rejection hurts. Even after years of it, it still stings when it happens. You’re better off letting yourself feel it now than stuffing it down deep and then having it resurface in less healthy ways later on. Grab some tissue, soak in a hot tub, and let yourself cry if you need to.

2. Next, do something that makes you feel good about the world. This is not about avoidance, it’s about finding a healthy way to transform the hurt. I usually go for a walk after the sting of rejection. The combination of nature and body movement helps me work through the hurt to a healthier place.

3. Remind yourself of all the successful people who failed before becoming famous. Stephen King’s first novel was rejected 30 times. Thomas Edison failed 1000 times before creating the light bulb. Van Gogh only sold one painting in his lifetime. For more inspiration, read the website 100 Famous Rejections. You’re in good company!

4. Ask yourself “is there something I could have done differently?” Do this only when you’re feeling better about yourself so that your answer is not about beating yourself up. This is an honest reflection of how you could tweak whatever you’re creating or offering to bring it closer to what people might be looking for. For example, the first couple of times I offered Mandala Discovery, I included conference calls and a more collective learning environment. Only a half dozen people showed up each time. I put it on hold for awhile and contemplated whether to quit offering it, or change it. Once I tweaked it and made it more of a personal journey through 30 prompts, with the option of sharing on a Facebook page, registration jumped considerably and 50-75 people signed up each time I offered it.

5. Remind yourself that you’re being faithful to your calling and the outcome is not your responsibility. This is not a cop-out (because you do need to take responsibility for your effort) but it’s a practice in trust. If you trust that you are meant to be doing this work, then the right people will show up at the right time. It might only be after you’ve invested a few years in building relationships with the right people, but consider all of the valuable groundwork you’re laying while you’re doing this work. It’s not wasted effort.

6. Trust that there are sometimes reasons why you’re not meant to succeed right now. I was once turned down for a job I was sure I’d get and was devastated. A few months later, however, I was offered a much better job that was even more suited for me. A year and a half ago, I put a lot of effort into developing a one-day retreat, and only one person registered. With great disappointment, I canceled it. Then my Mom’s health took a turn for the worse, and on the day I would have been facilitating the workshop, I was planning her funeral. The timing wasn’t right and it was much better that I’d canceled it early rather than having to reach everyone and refund their money in the middle of my huge loss.

7. Try, try again. Dreams can be hard task masters. They won’t leave you alone easily. If you give up, you’ll live with the regret for the rest of your life. Sometimes the right choice is to put a dream on hold and wait for better timing, but at least be faithful in showing up again and again with your best effort. Each time you try, take the lessons from the last failure with you. Each failure adds to your wisdom.

8. Find people to support you. Rejection is much easier to get through if you’re surrounded by people who believe in you no matter what. Look for places where you can connect with other people who are also pursuing their dreams. Create a circle of support. Consider joining a mastermind that will keep you accountable.

If you build it, they might not come. But keep building it anyway. Eventually, they’ll come.

Note: If you’re looking for support as you grow your dream, Pathfinder Circle can offer you that.