When the space you hold is too safe 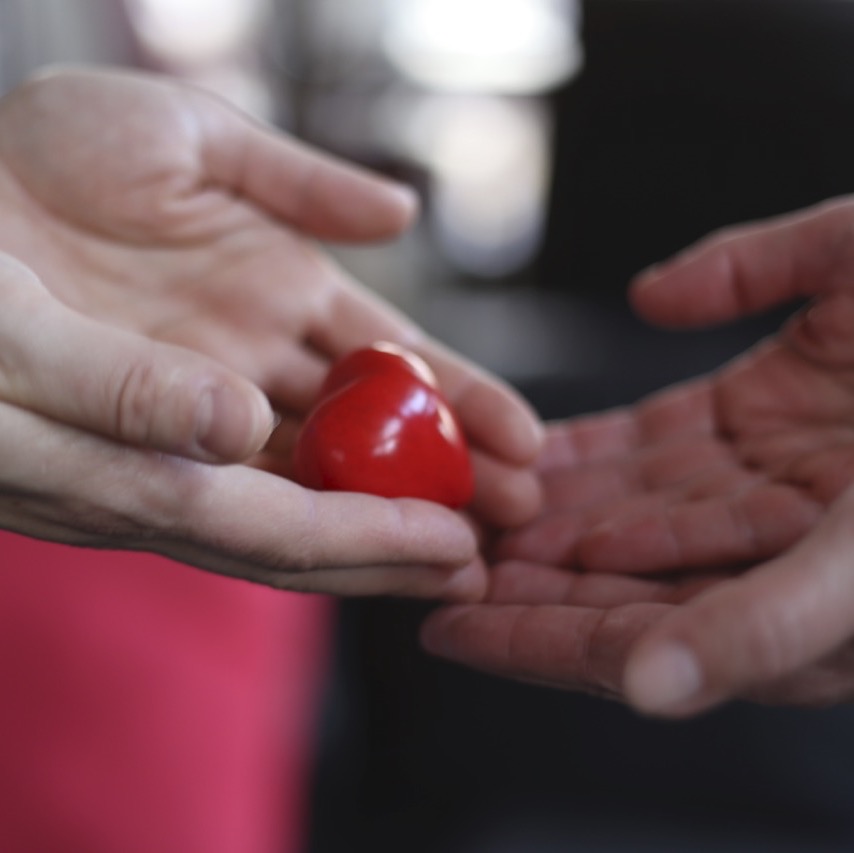 Last week I had the pleasure of hosting a retreat with a circle of beautiful women in one of the most beautiful locations I’ve ever worked. The retreat centre was so beautiful and luxurious, in fact, that it wouldn’t have surprised me to see Oprah emerge from a room raving about her new favourite things.

The women who’d flown me to Costa Rica for this retreat were warm, friendly, wise and strong. They clearly loved each other deeply and were willing to support each other through thick and thin. They’d been a small community for seven years already, meeting monthly for personal development conversations and yearly for a retreat with a facilitator/teacher like me. They knew each other’s stories, and had supported each other through death, divorce, family illness and everything in between. One night, when we sat together over drinks and a delicious meal, they each took turns describing the beauty and strength they saw in each other and it was one of the most moving things I’ve ever witnessed.

When things are too beautiful though, there’s often a shadow lurking just beneath the surface.

When I say there was a “shadow”, I’m not talking about an ugly meanness or pettiness that was being masked by so much kindness and love. No – I saw nothing that would suggest that their kindness and love for each other was anything other than genuine.

The shadow was quite different from that. What was there beneath the surface (and which was acknowledged by the group toward the end of the first day) was a tendency they had to hold a SAFE space which sometimes kept them from being BRAVE.

Because they cared so much for each other and were accepting and supportive of each other’s choices and paths through life, they were reluctant to ask each other hard questions or challenge unhealthy patterns when they saw them. They all wanted their community space to feel safe, but that safety was getting in their way of their growth and perhaps even their healing.

(The added challenge, from my limited cultural perspective, is that, much like Canadians, Costa Ricans tend to err on the side of politeness. But politeness as a cultural value is often a way of masking the complexity that’s underneath.)

When a space is too safe and we’ve become comfortable in that safety, we don’t want to challenge it, we don’t want to say anything that will rock the boat, and we don’t want to offend anyone else lest they abandon us. One of the results is that we become reluctant to be too vulnerable because our shadows might scare the other people away. We choose comfort over courage and we chase away or silence anyone who threatens that comfort.

It wasn’t that these women wanted to be stuck in comfort. On the contrary – they are all brave and bold women who have accomplished remarkable things in their careers and families and they are in this community precisely because they WANT to grow and evolve. Growth does not scare them. Hard work does not scare them. Facing uncomfortable truth does not scare them. Quite the opposite – few groups have been more direct and courageous in ASKING me to help them see the shadow they had trouble seeing for themselves.

What I witnessed was less of a desire to stay safe and more of an entrenched pattern that had become part of their way of co-existing. It was a pattern that was hard to see because they were too close to it. Like a piece of lettuce stuck between your teeth, some things are hard to see without a mirror. They’d brought me to Costa Rica partly because they recognized in me a potential mirror.

Over the course of the second day, once we’d started to shine a light into the shadowy places, these women began to open up and share increasingly vulnerable and painful things – unresolved things, shameful things, trauma, fear, etc.. They also started to ask each other more challenging questions, inviting bravery, growth and new perspectives. In the evening of the second day, the pattern had shifted significantly and they were excited about what was possible with the new language and brave questions I’d offered. That evening’s conversation was vulnerable, openhearted, brave, and deep.

During the course of our last evening together, they asked me to give direct feedback about what I’d witnessed in their group, what things they seemed to be afraid to talk about, where they were stuck, and how they could continue to grow. I was able to speak honestly because I knew these women had the strength to receive what I’d say without defensiveness, as well as the courage to take whatever I offered to heart. They didn’t need me to give them courage (they already had it in spades), they simply needed someone to help them see what was hidden from their view.

What I witnessed among these women is not uncommon among communities, friendships, families, etc. where there is deep care and love. Sometimes we mistake “care” with “letting people stay comfortable in old patterns”. And sometimes we assume that holding space is only about providing safe space where a person feels free of judgement and free of the need to change or grow. Holding space, though, is much more complex than that. (Otherwise I wouldn’t have enough content for an 8 month course.)

Now… I don’t want to give the impression that this is a binary thing – that a space is either safe or brave and that one is better than the other. That’s simply not true. For one thing, there are times when we need to be held in safety without any pressure to change our behaviour or our choices. Especially when healing from trauma or when deep in new grief, safety is paramount and should not be compromised.

ALSO a feeling of safety is usually a first step in establishing enough trust so that we CAN step into bravery. A loving community like these women have provides the solid ground from which we can leap into courage.

BUT at some point safety is not enough and sometimes it even creates a barrier to our growth. As I’ve said before, safety can become a trap and a crutch. In fact some people who cling to their own safety do harm to others in the process. (For example, in race relations or gender conversations when the dominant people in the room demand a “safe space” what they’re really asking for is allowances for their fragility. That fragility, left unchallenged, can cause great harm to the more marginalized in the room. When I work in those spaces, I make safety for marginalized people a greater priority than safety for those who’ve always assumed the privilege of safety.)

If you find yourself in a community that has become too safe (and perhaps somewhat stagnant), here are some things that might help:

Not everyone is ready for bravery, and you may have some resistance in your group or family, but when the readiness is there, a brave space can bring transformation and growth that’s far beyond what’s possible in the comfort zone.

Note: Thank you to the women who hired me for this retreat for giving me permission to share it.

Learn lots more about safe space and brave space (and how to hold both) in my online course, Holding Space Practitioner Program.